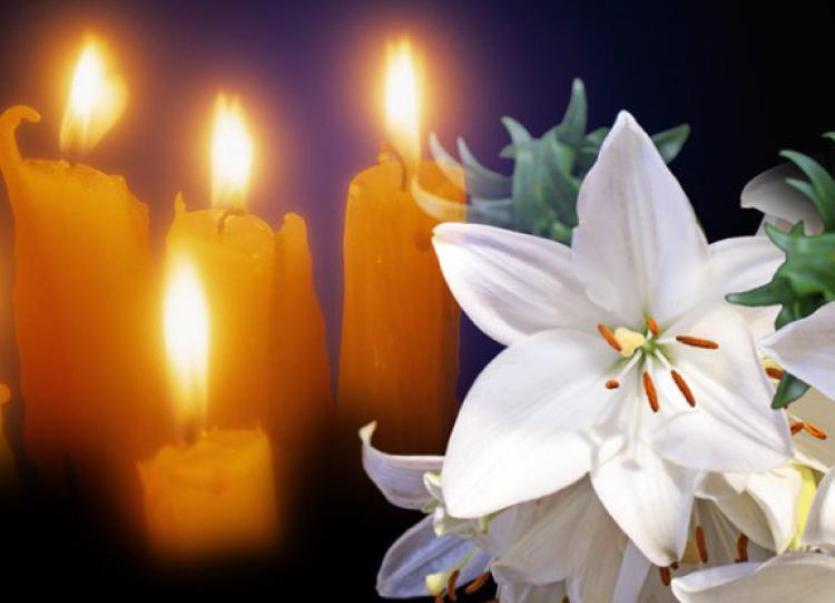 Alan's funeral Mass will take place on Thursday in Ballybricken Church, followed by burial in St. Mary's Cemetery, Ballygunner, Waterford. Alan's funeral cortége will pass Military Barracks on Thursday at 2.40pm on the way to the cemetery. Family flowers only. Donations in lieu to Crumlin Children's Hospital.

Requiem Mass on Thursday at 11am in The Church of the Assumption Thomastown, Kilkenny, followed by burial in St Mary's New Cemetery, Thomastown.

Geraldine's funeral Mass will take place on Friday in the Holy Cross Church, Tramore, followed by burial in St. Patrick's Cemetery, Tramore. Geraldine's funeral cortège will pass Kennedy Park on Friday at 10.40am en route to the church. Family flowers only. Donations to Waterford Hospice.

Private funeral to arrive at the Cathedral of the Immaculate Conception, Sligo on Thursday for 12 noon requiem Mass. Burial afterwards in Roslea Cemetery, Easkey.