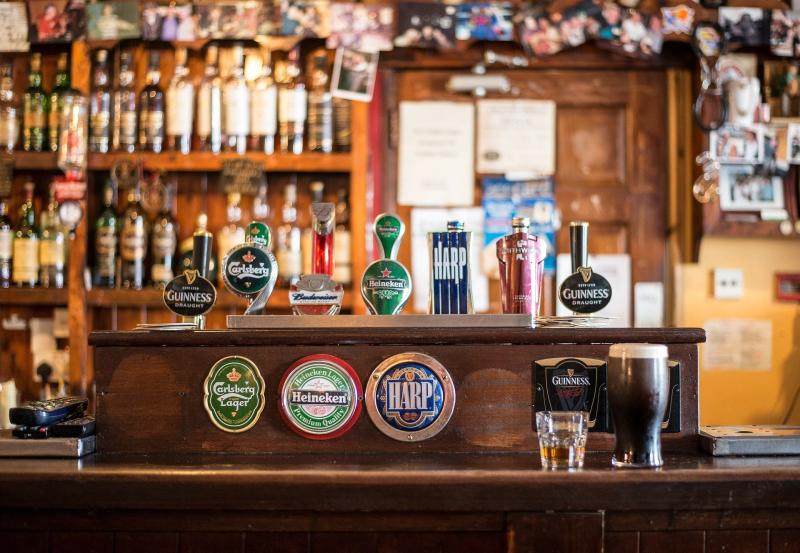 The Licensed Vintners Association (LVA), Vintners' Federation of Ireland (VFI) and Drinks Ireland are calling for a temporary reduction in the hospitality VAT rate, and extending it to apply to alcohol sales in the on-trade (pubs, restaurants and hotel bars) until December 31 as part of the July stimulus package promised by Government.

The rate is currently 23%, which is high by EU standards.

Approximately one third of Dublin pubs have not reopened, while outside of the capital more than 60% of pubs have remain closed – these are businesses that do not serve food so remain closed.

A reduction in the VAT rate on alcohol, which is currently 23%, is being sought to safeguard 22,500 jobs, dominated by large numbers of young workers, as pubs are on track for a 50% decline in business for the remainder of 2020, according to a report authored by DCU economist Anthony Foley published this week.

The report found that on-trade pub alcohol sales will decline by 50% or more for the second half of 2020 and this figure was the most optimistic market expectation.

"A reduction is the hospitality VAT rate is not enough. It needs to be extended to alcohol as this is the only measure that will support the pubs that are still closed and have been for four months. The reduced demand due to social distancing, limited customer visits and lower consumer demand will impact the employment potential of pubs and their ability to bring staff back," said LVA CEO Donall O’Keeffe.

The drinks and hospitality industry is one of the largest employers of young people right across the country and according to the LVA and VFI, in the majority of pubs, young people account for over half the workforce.

"A huge portion of those employed in drinks and hospitality businesses across the country are young workers. Equally, the nature and model of hospitality businesses means we rely heavily on part-time staff to cover the busy periods such as evenings, weekends, seasonal periods and holidays such as Easter, Summer and Christmas. Those staff tend to be younger workers.

"We must ensure that Covid does not unfairly and unnecessarily disadvantage our younger generation, like what happened in the recession, by helping drinks and hospitality businesses to maintain jobs in the sector," said Mr O’Keeffe.

An amended European Directive gives the Government power to apply and extend a lower hospitality VAT rate to on-trade alcohol sales. "Our members employ huge numbers of our younger generation and we need support to keep our heads above water as we reopen with reduced demand and increased costs," said VFI chief executive Padraig Cribben.

"We can’t have a situation where any job losses would have a substantial impact on one demographic in society – one which both work in and enjoy the drinks and hospitality industry, so it would mean a double blow.

"Equally, for an industry that is regional and employment intensive, a VAT cut to boost pubs would have a disproportionately high impact on under-invested regions and we estimate that cutting VAT on on-trade alcohol would be highly effective and go a long way to secure over 22,500 jobs in the sector."

In his address this Thursday, the Minister for Enterprise, Trade and Employment Leo Varadkar said the Government is planning for "radical and far-reaching" proposals in the July stimulus package due to be announced next week.

According to Drinks Ireland director Patricia Callan, "we can make this a very short-term recession with ambitious policy. Our proposal is both radical and far-reaching and its effectiveness is unquestionable. It will have an immediate effect by reducing costs for 7,000 small businesses across the country. Such a policy measure has not been implemented in Ireland before and we now know it can be done."

The group said the sector could, with the right support, help drive Ireland’s economic recovery after the Covid lockdown. Despite pubs being one of the hardest and longest hit sectors during the lockdown, and one of the highest taxed, they are working hard to get back up and running as soon as possible.

The policy ask is part of the Protect our Pubs campaign by LVA, VFI and Drinks Ireland, which seeks to highlight the important social and cultural role that the drinks and hospitality industry play in our communities and to demonstrate the loss that would be felt should some pubs not reopen due to Covid-19.