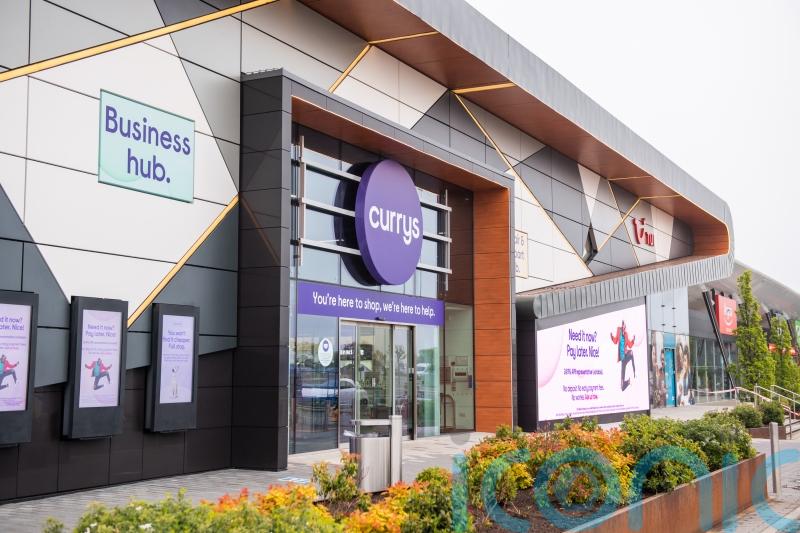 total sales declined by 2% to £10.1 billion over the year, amid a 3% drop in sales for its Ireland and UK operation.

Currys has hailed an “encouraging” performance over the past year but warned that profits are set to drop next year as it comes under greater pressure from inflation.

The electronics retailer posted an increase in adjusted pre-tax profits to £186 million over the year to April 30, compared with £156 million in the previous year.

Currys told investors it was buoyed by £69 million in savings through cost-cutting over the year.

This helped to offset around £50 million of cost inflation in the operations of running its stores, with a particularly high jump in energy.

The company said it expects profits to drop to between £130 million and £150 million in the new financial year due to “the current economic outlook and inflationary headwinds”.

“In November, we expected to see around £200 million inflation but that has come harder and faster,” he said.

“We have been offsetting this by making our savings faster than originally planned too.”

Currys said inflation is “very likely” to put pressure on consumer spending and “impact sales, particularly in some of our more discretionary categories”.

It said it will therefore double down on its customer offer and pricing, with an extended range of products at lower prices.

It added that its large market share will allow it to ride out inflationary pressures and weakness in consumer sentiment more easily than some competitors.

“Consequently, we will use the expected market weakness as an opportunity to gain share and build long-term value,” the group said.

Meanwhile, total sales declined by 2% to £10.1 billion over the year, amid a 3% drop in sales for its Ireland and UK operation.

Group store sales increased by 24% as the firm benefited from looser pandemic restrictions, although this was offset by a slowdown in online demand.

Mr Baldock said: “These strong results show the vital role that technology plays in millions of lives and that more and more customers are turning to Currys to help them enjoy that technology to the full.

“A stronger business allows us to help customers through the cost-of-living crisis.

“Our scale as an international market leader, our grip on costs and our strong relationships with suppliers will allow us to manage inflationary headwinds and keep amazing technology within reach of everyone, even now. That’s what Currys exists to do and it’s never mattered more.”

Shares in Currys moved 8% higher in early trading on Thursday.