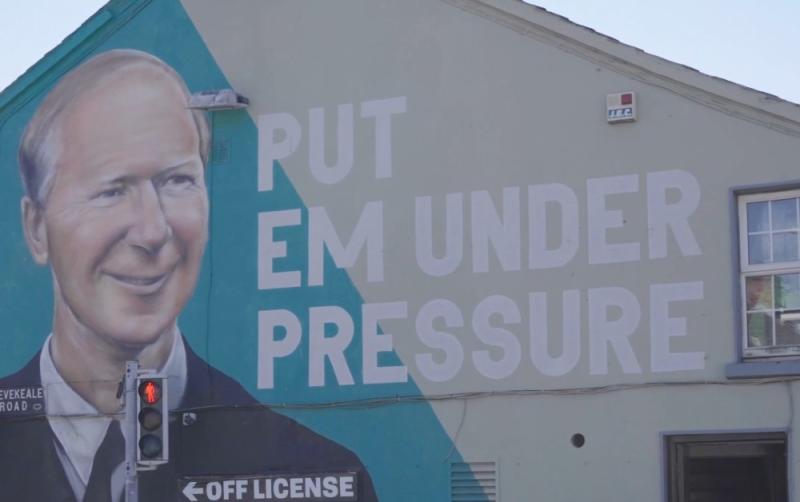 Produced for the 2020 Waterford Walls International Street Art Festival, the mural may be seen near Slievekeale Road/Barrack Street in Waterford City

The four striking ‘N’ (national rate) stamps are in booklet format (€5) and cover standard postage anywhere on the island of Ireland. They are available at all main post offices and on anpost.com/shop (with free delivery) while stocks last.

“Visual art creations in public locations are growing in popularity in Irish cities and towns.

“People are more aware of their immediate neighbourhoods these days and they appreciate urban space as a canvas for powerful artistic work.  Our Urban Art stamps recognise this growing genre and the inspiring work of artists working in this discipline.”

The subject matter addressed by the artists featured on the four stamps is varied, and on a very large scale – often two to four storeys high.

For instance, Joe Caslin’s ‘Therapy’ creation at Dublin’s Montague Lane, aims to normalise therapy for young men. Featuring a therapist and a young male, it was commissioned by the Irish Association of Counsellors and Psychotherapists (IACP). 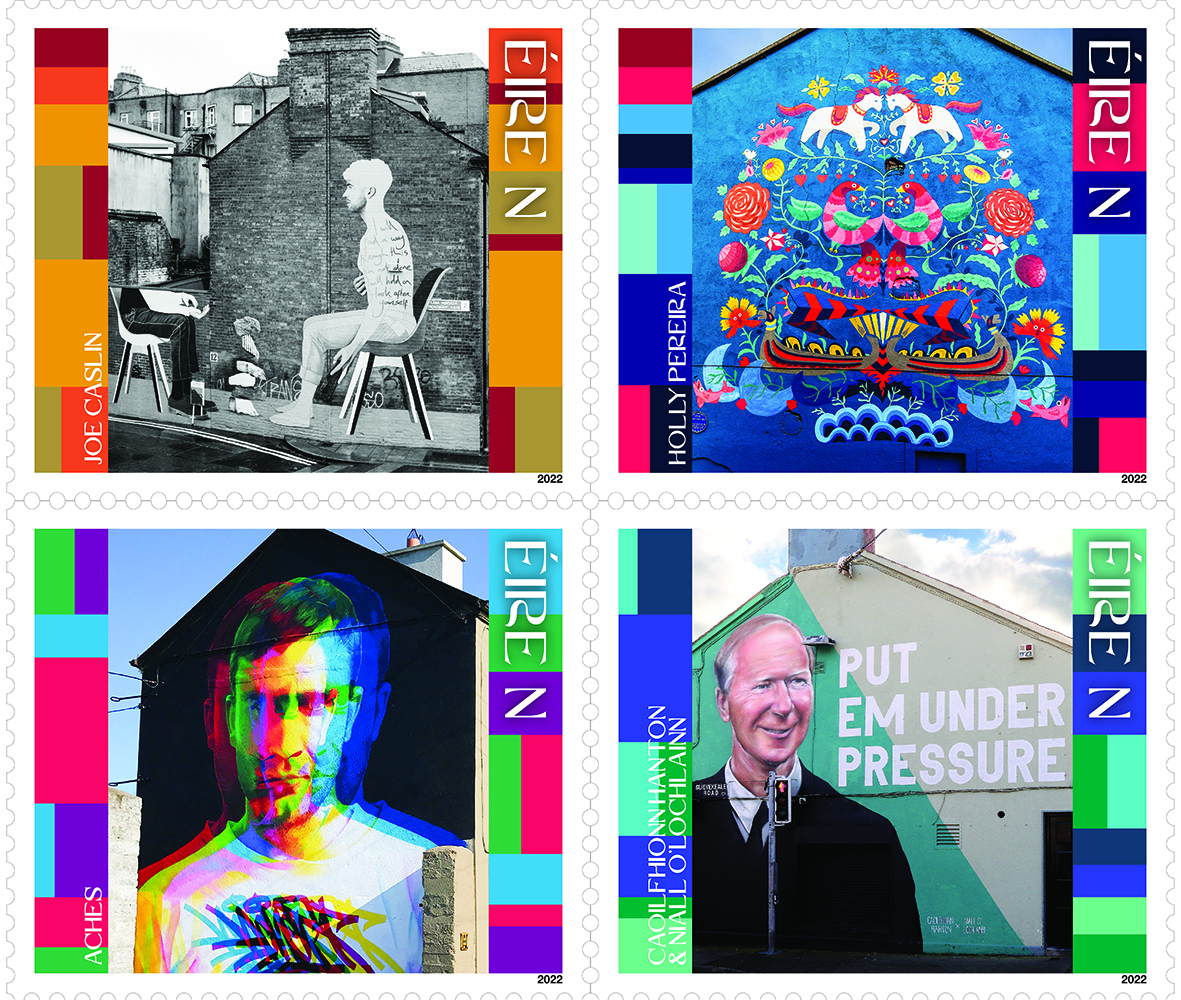 One of Ireland’s favourite heroes, the late Jack Charlton, national football coach, is honoured in a mural created by Caoilfhionn Hanton and Niall O’Lochlainn. Produced for the 2020 Waterford Walls International Street Art Festival, the mural may be seen near Slievekeale Road/Barrack Street in Waterford City.

Visual artist Caoilfhionn Hanton explains the impact of the Jack Charlton mural for the Waterford Walls project and how great that is has become a stamp because the nature of urban art is often temporay:

“People flocked to us to tell us how amazing Jack Charlton was. They’re delighted with the wall and they are also grateful to have such a nice piece in their own part of the city.

“When the news came through that our work had been selected for a stamp, it was incredible; our work will be archived and exist forever, it’s an honour.”

A significant era in medieval Irish history is captured by artist Holly Pereira in a large-scale mural in South Street, New Ross, County Wexford.  Her creation, The Norman Way, depicting the way of life in the south-east following the 12th-century Norman invasion was commissioned by Wexford County Council via the Walls Project.

The fourth stamp features the work of artist Aches, entitled Cormac, produced for the Waterford Walls festival in 2019 and can be seen at Mount Sion Avenue, Waterford City.

All four stamps were designed by Shaughn McGrath Creative and feature the name of each artist in addition to the reproduction of their artwork. This is the second stamp series featuring artists within the Urban Art discipline.

In 2017 a set of four highly acclaimed stamps featured the work of James Earley, Conor Harrington, Fin DAC and Maser.