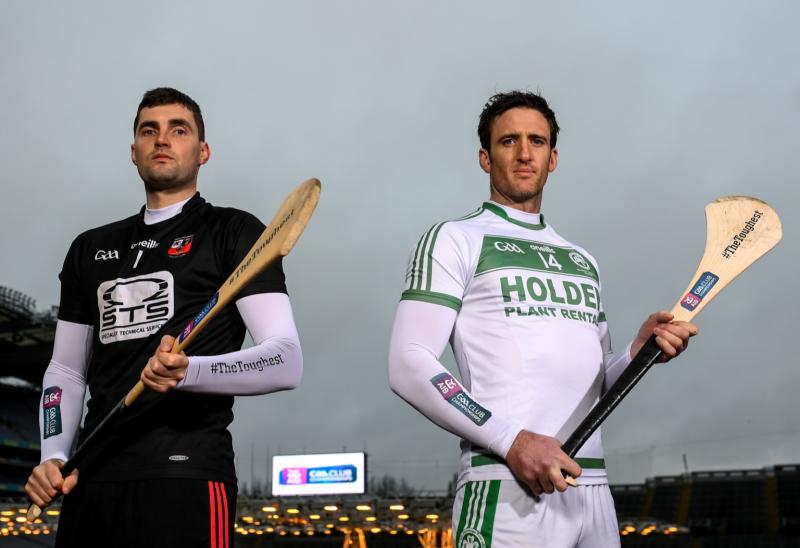 The All-Ireland senior club hurling championship is down to the final two and what a final is in prospect at Croke Park on Saturday afternoon (throw-in at 3pm).

On one side you have the kingpins of club hurling in Ireland as Shamrocks of Ballyhale aim to win a ninth title in what will be final number 10 with the 1979 decider against Blackrock of Cork being their only loss.

On the other hand Ballygunner will be appearing in their first ever final and they will be aiming to give Waterford a maiden senior club hurling title after both De La Salle and Mount Sion lost out in previous finals.

It’s also the final many neutrals wanted to see so a big crowd is expected to descend on the Jones Road this weekend.

Shamrocks have done it all before on the big stage but Saturday presents another opportunity as they could become the first club to win three All-Ireland titles on the trot.

Themselves, Birr, Athenry, Portumna, Sarsfields and Cuala have all won back to back titles so Shamrocks are aiming to break new ground in club hurling.

The previous two wins came against St Thomas in 2019 and Boris-Illeigh in 2020 with Henry Shefflin managing the side to victory on both occasions.

Tradition and history favours the Shamrocks but the current form of the Ballyhale side would tell a different story.

James O’Connor’s team have used up at least two of their lives in the All-Ireland campaign thus far so you’d wonder is their name destined to be on the Tommy Moore cup.

St.Rynagh’s and St.Thomas both looked to have Shamrocks on the ropes before the Kilkenny champions found a way to win with Eoin Cody and TJ Reid netting last gasp goals in both games.

Reid’s sensational free in the dying seconds of the All-Ireland semi-final victory over St.Thomas was remarkable but as he mentioned afterwards he knows they need to improve a lot ahead of the final.

Saturday’s decider brings the Shamrocks back to Croke Park and be it coincidence or not it’s where they have played a lot of their best hurling over the past few seasons.

The Leinster final where they shot six goals past Clough-Ballacolla was a prime example of this and a repeat performance may well be needed this weekend.

Despite it being a meeting between two counties from two different provinces, it still has a real local feel to it.

Only 34 kilometres seperates both Shamrocks of Ballyhale and Ballygunner geographically but that's not the only metric that makes this a hugely fascinating affair.

Arguably the most noted family in both clubs are the Reid's and the Mahony's, the fact that they are related only intesifies things.

Rent in Waterford City has risen by 11.3% in the last year

TJ, Richie and Eoin Reid will be hoping to add to their All-Ireland collection while cousins Phillip, Pauric, Mikey and Kevin Mahony will be chasing a first title.

The Reid brothers have done it all in a Shamrocks jersey while on the Ballygunner side, Phillip and Pauric have achieved great things for club and county but the influx of younger brothers Kevin and Mikey over recent seasons have really seen the “Gunners” come to the fore.

As well as the players, Shamrocks boss James O’Connor knows Waterford hurling all too well after lining out for the county in his playing days.

O’Connor has also managed Dungarvan in the Waterford Senior Hurling championship in the past so he will know what type of challenge his Shamrocks side are up against.

What Shamrocks are up against is a team that has won the last eight Waterford hurling titles and you get the feeling they firmly have their eyes on the big one.

It may be their first All-Ireland final but unlike many newcomers, they are a hugely experienced team and they are travelling to Croke Park full of expectation this weekend.

While the Mahony’s certainly need to be watched, Shamrocks main objective will be to shut down the threat of Dessie Hutchinson but that’s a lot easier said than done.

The bustling corner forward has been in blistering form throughout Ballygunner’s county and provincial runs over recent months.

Ever since the 26 year old returned from a stint at professional soccer in England, he has blossomed with both Ballygunner and Waterford and his pace and power is something Shamrocks need to be very aware of.

For many neutrals outside of Kilkenny and Waterford, a Ballygunner win would be the ideal result but with history very much in their sights, Shamrocks are going to be very stubborn opposition.

Ballygunner have all the form but you write the Shamrocks off at your peril.

Unlike their Waterford opponents, the Shamrocks have been there and done that and to win a ninth title in their 50th year would be a phenomenal achievement.

Despite not really catching fire throughout 2021 and now into 2022, Shamrocks still have arguably the most formidable forward line in the club game.

If Ballygunner can stop Colin Fennelly, TJ Reid, Eoin Cody and Adrian Mullen then they will be on to a winner but of course that’s a big if.

Shamrocks have a big performance in them and that may just be enough to grab that piece of history.