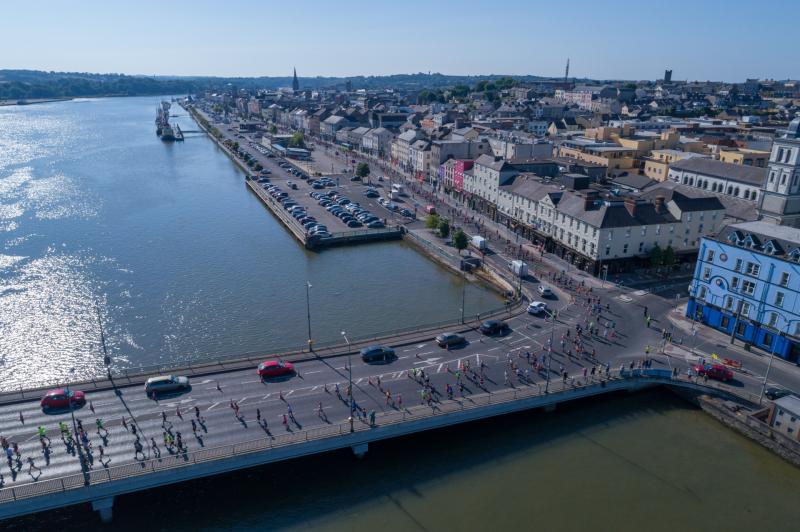 A Waterford man has received a six-month prison sentence for two indecent assaults on his younger niece, committed when he was a teenager.

In sentencing the now 59-year-old man, Justice Mary Rose Gearty noted that the maximum penalty for the offences at that time was two years and this is the maximum sentence a court can impose.

The man, who cannot be named to protect the anonymity of the victim, was aged 14 to 17 when he carried out the assaults on his niece, who was aged from six to eight. The two incidents took place on unknown dates sometime between early 1976 and late 1979.

After a trial at the Central Criminal Court, sitting in Waterford last May, a jury found the man guilty of two charges of indecent assault. The man denied these charges. The court heard that the defendant indecently assaulted the child in a bedroom in her family home and, on another date, in the bathroom.

Justice Gearty set an initial 'headline' sentence of 20 months, noting the very young age of the victim, the fact that the assaults took place in her home, and the lifelong effect of the assaults.

She said that in a victim impact statement the woman described a lifetime of pain and avoidance which was "all too familiar" in cases where a family member abuses a young child.

Justice Gearty said she would have suspended the 20 month prison term in full if the man had pleaded guilty or had later indicated any remorse on his part but said both of these factors were absent although the court could take into consideration the man's young age at the time of his actions.

She said on that basis she would reduce the sentence by ten months. She suspended the final four months to give credit for the man's lack of any other serious offending and his otherwise “largely blameless” life since these offences were in 1979.

A local detective garda told Michael Delaney SC, prosecuting, that in May 2018 the victim had contacted her uncle on Facebook and told him “I still haven’t forgotten what you did to me, stay away from me”.

The woman told the court that the accused subsequently “rallied” members of their family together and told them she was making up allegations of abuse against him. Justice Gearty noted that the man had forced the victim into disclosing the abuse to her family and the woman then went to gardaí.

In her victim impact statement, the woman said the assaults affected the rest of her childhood and stayed with her all her life. She said the abuse damaged her self worth and felt like a cancer inside her.

Aidan Doyle SC, defending, said at the time of the assaults his client was a teenager who was regularly sleeping rough to avoid home. His mother had left the family home to get away from an abusive alcoholic violent father and the accused often went to school “hungry, dirty and extremely vulnerable”.

Counsel said his client's vulnerability was noticed by a Christian Brother at the school and this man went on to sexually abuse the accused.

He has worked with children in a number of different sports and there was no evidence of any other sexual offending, If he were a paedophile, he would have had plenty of opportunity to act on that condition. But he comes before the court effectively without convictions”, Mr. Doyle said.

Justice Gearty said that the victim has carried the burden of being a victim of child abuse for many years.

“I hope she can now put it down. She has carried it for long enough,” the judge said.

Gardening with Jo: Beautiful and practical trees for your garden privacy

A third defendant has also been granted bail on less serious charges.