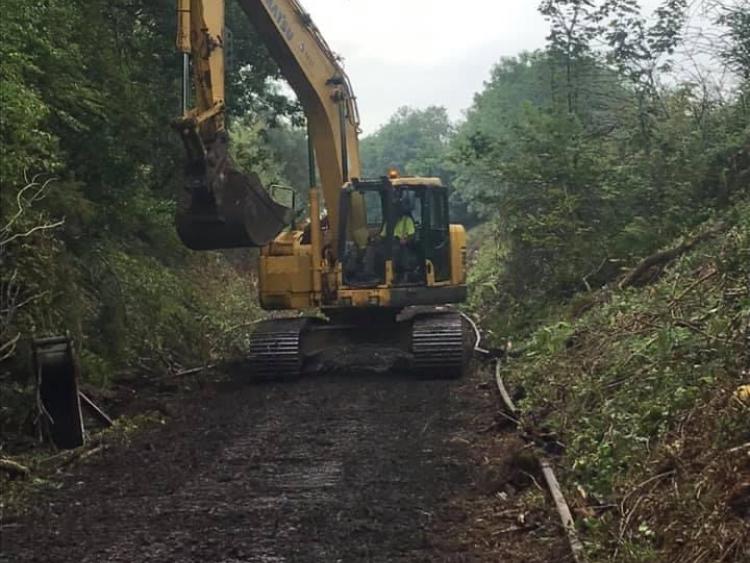 Work is underway on the Waterford to New Ross Greenway

The allocation of €9 million for the construction of the Waterford to New Ross Greenway, which commenced work earlier this year, has been warmly welcomed.

The allocation is part of a package of funding totalling €63.5 million for Greenways nationally, says Waterford's Senator John Cummins.

Senator Cummins says the funding is "hugely positive" and will ensure that the project can be completed and open in Spring 2022.

Work commenced on clearing the abandoned rail line in August and has continued at a pace despite the pandemic. "This is a hugely exciting project that will ultimately link the towns of New Ross and Dungarvan via Waterford City," says Senator Cummins.

"The Government is hugely committed to delivering a national network of safe walking and cycling routes. 2021 is only the start and we will continue to build on this level of investment over the coming years.

"The cooperation between Waterford, Kilkenny and Wexford County Councils to deliver this extension to the award-winning Waterford Greenway is fantastic and I have no doubt that it will only add to the growing tourism numbers that we are seeing here in our beautiful county," he adds.