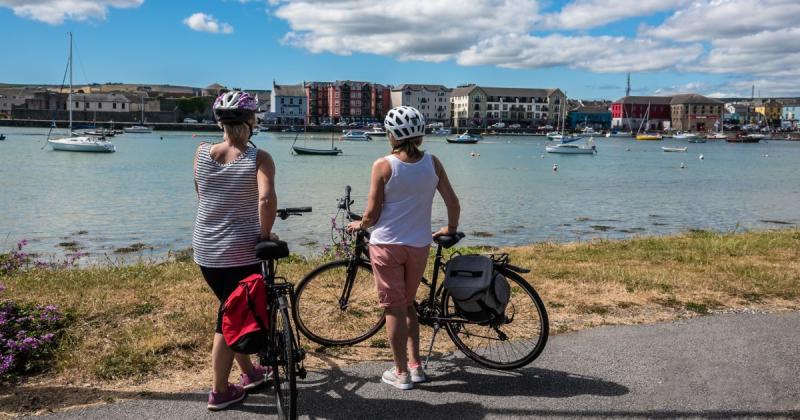 "An environment can be created in our towns, villages and rural roads where walking and cycling are a normal and safe way to get around. This requires building and mapping a network of connected cycle routes, as well as upgrading and widening footpaths to make them suitable and accessible for all," he says.

Mr Ó Faoláin says Dungarvan is the "perfect size" to be a cycle-friendly town. "I have called on Waterford City and County Council to prioritise the development of an integrated network of cycle routes. In Dungarvan this would mean extending the Greenway into the centre of town, upgrading painted cycle lanes to safe segregated cycle tracks and redesigning some of our streets to give space to safely getting around town on a bike. There is no shortage of footpaths that need fixing either," he says.

"Best practice in design should be implemented so that routes are safe and comfortable for all ages and abilities. People need to be confident, when they use a route, that it is safe. This would allow people to leave the car at home or leave it at the edge of town and finish the journey by bike or on foot. This would free up parking in the middle of town for those who really need it and reduce pollution, giving us cleaner air to breath.

"This would include prioritising safe cycle routes to schools and car-free zones at school gates. Children need to be active to be healthy. Reducing speed limits near schools and in town centres to 30km/h should also be considered," he continues.

Mr Ó Faoláin calls on Waterford City and County Council to not be found lacking in its ambition to deliver this change. "Plans to develop safe cycling routes and upgrade footpaths need to be ready to go - the funding will be available to implement them," he says.

"There are many benefits to this approach. We will have a healthier and happier population, with positive benefits for the health service, and it will be good for the pocket too as cycling reduces fuel costs and time stuck in traffic. This is a golden opportunity to make Waterford a better place to live, and it must not be allowed to slip through our fingers," he adds.