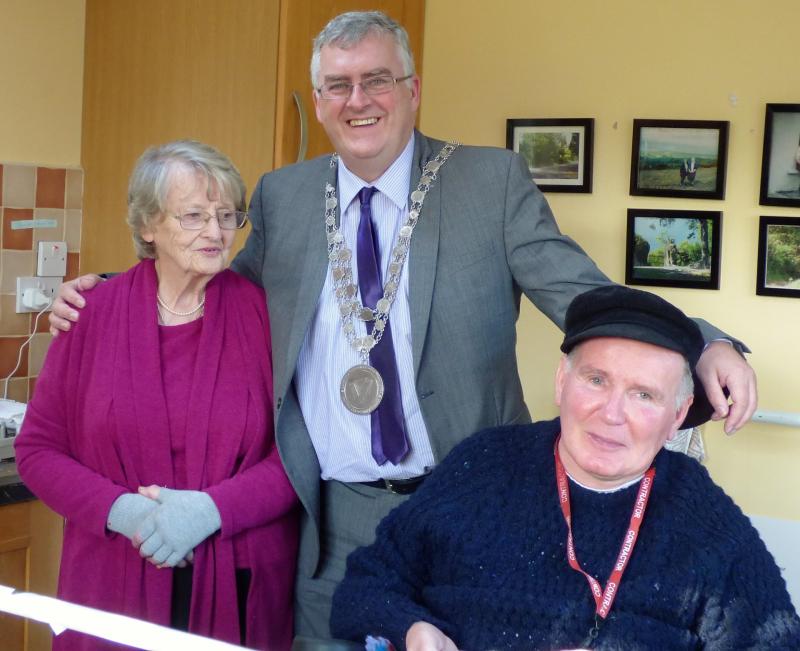 Mayor of Waterford City and County Council Cllr John Pratt was in An Rinn this week to make a very special house call.

Maoil a’ Chóirne's Pauline Mhic Parthalán (née Nic Craith) is in her 92nd year and cares for her son Joe.

Pauline was recently honoured with the Netwatch Waterford Carer of the Year Award.

Mayor Pratt congratulated Pauline for her wonderful work as a carer, heard about her sterling career as a nurse, and joined herself and Joe in their home for a cupán tae and a chat. 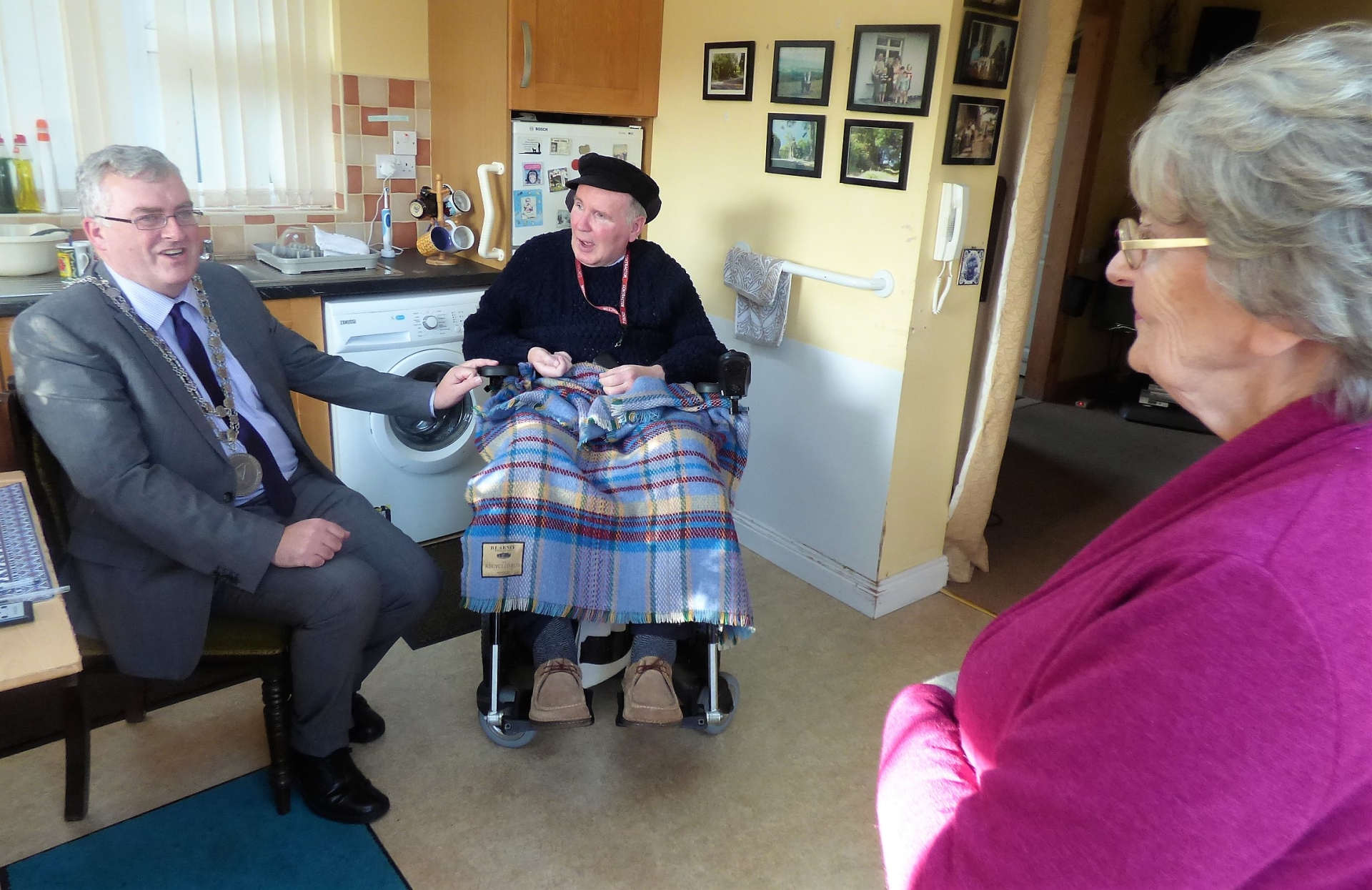 He described Pauline as an “extraordinary lady”. Mayor Pratt said: “On a personal level, I deeply admire the work ongoing every day of the year across Waterford city and county by carers and I felt it was important that the office of mayor be associated with Pauline’s achievement – as much for recognition for everyone involved in caring, as saying a particular ‘go raibh maith agus comhgháirdeachas’.”

Pauline was born in An Rinn in 1928 at a time, as she explained to the current incumbent, that her neighbour and grandaunt Margaret Power was married to the then Mayor of Waterford City Edward Walsh.

Pauline has memories as a teenager of the tragedy befalling the community at World War II’s end in 1945 when three local fishermen died after encountering an unexploded mine at sea off Helvick Head.

In 1954, Pauline received an invitation from the renowned surgeon Dr Edward Solomon to join his team at Maimonides Hospital in Brooklyn, New York City. Whilst in America, Pauline met her husband Joe McPartland, getting married there in 1956 and then moving to Joe’s native Belfast.

Pauline took time out from her nursing career when their children Joe Jnr and Áine were young. During that time Joe McPartland Snr established himself as one of Northern Ireland’s foremost theatre and screen actors in a career that included an appearance in Jim Sheridan’s 1993 Academy Award nominated movie In the Name of the Father.

Pauline resumed her nursing career in Belfast during troubled times in the early 1970s and served as a schools, district and public health nurse for the following 24 years. In the meantime, Joe Jnr followed his dad into the arts and in addition to being an actor and violinist, was a lighting technician in the theatre industry.

Pauline’s daughter Áine found herself back in her mother’s native An Rinn, where she served as principal at Meánscoil San Nioclás.

Following Joe Snr’s passing and Joe Jnr's diagnosis with MS, Pauline thought about returning to An Rinn and did so in 2004. She has been a carer for Joe, with some assistance on a daily basis from HSE provided personnel, at their specially modified home there in the time since.

Both Pauline and Joe were delighted to welcome Mayor Pratt to their home this week and also made known their gratitude to all those who have sent their best wishes since the recent award made to Pauline by Irish rugby legend and All-Ireland winning Kerry footballer Mick Galwey at a special ceremony in Waterford’s Garter Lane Arts Centre.