From Sydney to Dublin for charity: Waterford and Tipperary men reach halfway point across Australia 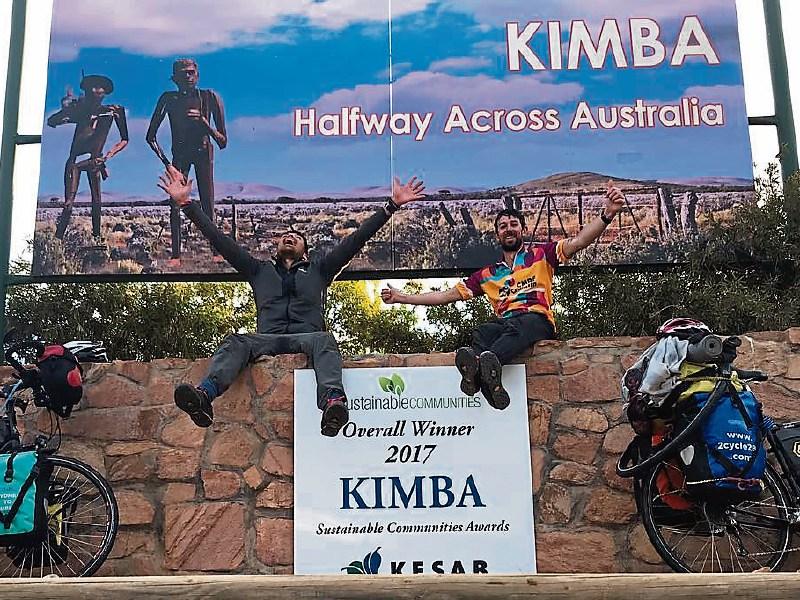 Daithi Harrison and Paddy Flynn taking a break at Kimba, the halfway point in their trek across Australia

Two young men from the South East have reached the halfway point in their cycle across Australia - the first leg of a 25,000km expedition from Sydney to Dublin.

Daithi Harrison from Clairin in Carrick-on-Suir and Paddy Flynn from Knockalavalla, Rathgormack, reached Kimba, a rural town in South Australia, on Monday, August 26, having completed the first 2,000km of their journey.

The duo departed from Sydney on August 4. They are cycling across three continents and through 28 countries to raise funds for Sydney Children's Hospital and Our Lady's Children Hospital in Crumlin, Dublin. During their expedition, the keen long distance runners plan to run a 64km ultra marathon in each country they set foot in.

Paddy's mother Mary said Daithi and Paddy are currently cycling through the 1200km arid Nullarbor Plain on their way to Perth.

They are aiming to reach Perth in time to run a WTF 50 miles ultra marathon  on September 28. They will depart from Australia on September 30 and head to Vietnam to begin the Asian stage of the expedition. Their target is to reach Dublin in October next year.

You can follow Paddy and Daithi's expedition and donate to their fundraising campaign by logging onto their website.

All funds raised will be evenly split between the two hospitals and will go directly to them.