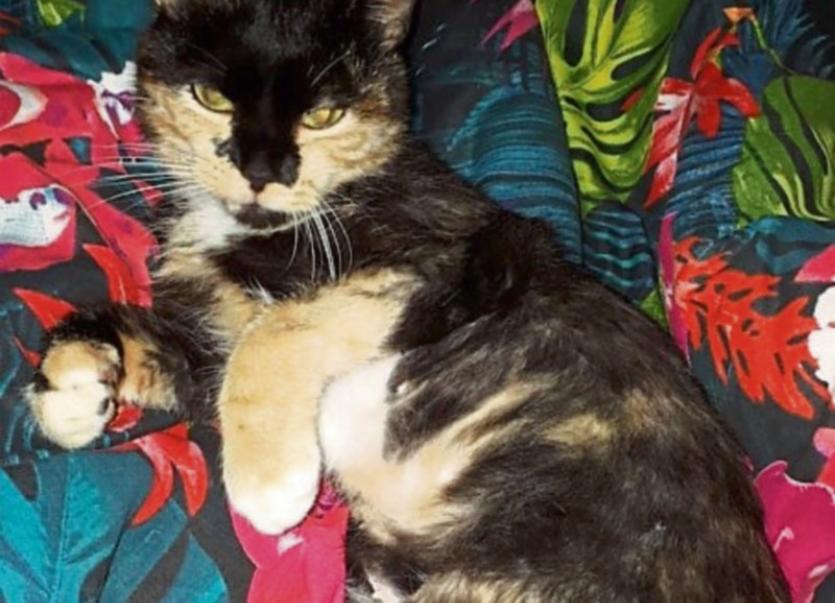 A County Waterford woman who is missing her pet cat is pleading with people to help find her.

She says her cat, Gilly, went missing in Fourmilewater last week and she thinks that someone attending a funeral may have thought the cat was a stray and picked her up.

She lives in Foumilewater behind the church where a funeral took place on Wednesday.

"One of my cats went missing that morning and I believe someone attending the funeral saw her, thought she was straying and brought her home," she says.

“Gilly is a rescue cat, she was dumped in a car park in poor condition and I took her in five months ago to give her a better life. Gilly is just a cat to anyone else, but she's my family."

She’s asking that if anyone picked up the cat to please take her to a vet and scan her chip.

Gilly is neutered and microchipped.

She has a condition that causes hair loss to her lower body, which she needs medication for.