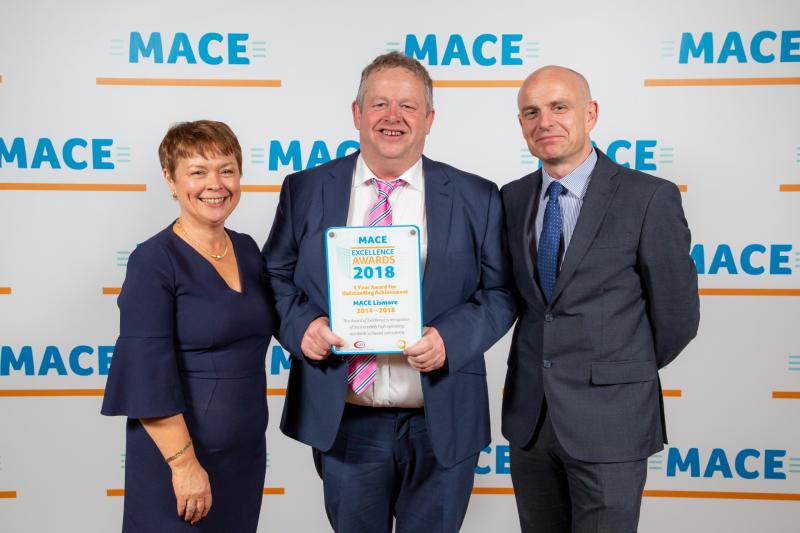 Houlihan’s MACE, Lismore, Waterford, was honoured recently for achieving exceptional standards in retailing at the MACE Excellence Awards, which was held in the Heritage Hotel and Spa in Killenard, County Laois.

Hosted by BWG Foods, owners and operators of the MACE brand, the MACE Excellence Awards - held in association with the Excellence Ireland Quality Association - are only awarded to MACE stores that pass an intensive year-long inspection, including unannounced audits and visits from mystery shoppers.

Houlihan’s MACE, Lismore, has been operating in the County Waterford community since 2009 and was among a group of elite retailers from around the country who were awarded an Excellence Award for five consecutive years.

Congratulating the winners, MACE sales director Daniel O’Connell said: “All of this year’s winning retailers have worked tirelessly to achieve the high standards that these awards demand and celebrate. They showcase the quality of MACE stores across Ireland and continuously raise the bar for industry as a whole. I want to congratulate Michael and Joan Houlihan and their staff for achieving this award. Their efforts have been truly outstanding and their recognition is very well-deserved.”