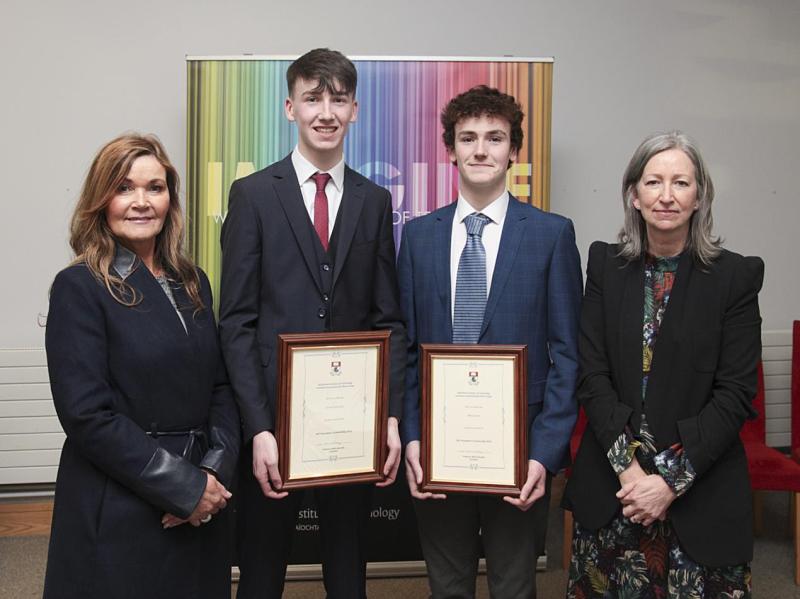 The 2018/2019 recipients of the Waterford Institute of Technology (WIT) President’s Scholarship programme were recognised at ceremony recently.

This year's recipients are from counties Waterford, Tipperary and Wexford. In attendance at the event were heads of schools at WIT, course leaders, families and representatives from the students’ former schools.

The scholarship scheme, which had its first cohort in 2016, encourages and rewards young people who show a capacity to shape a better society.

The President’s Scholarship programme had sought applications from individuals who with attributes such as being creative, innovators, leaders or people who make significant contributions to community.

The President’s Scholars are:

Each year up to the exceptional undergraduate students were awarded scholarships with a total value of up to €12,000. Each President’s Scholar receives an annual bursary of €2,000 per year of study along with €500 per semester. President’s Scholars will also be part of the Student Ambassador programme for the duration of their studies, representing the college and the Academic School in which they study.

Leon Keating is a first year Bachelor of Business (Honours) student. He is the son of Natalie Keating and is from Hillview, Waterford city.

In his scholarship application, he outlined his community involvement through school and helping out junior golfers. “I have been a member of Waterford Golf Club since 2010. As a junior member, I would help other junior golfers who were starting out. During my time in Waterpark College I focused greatly on my studies and academic performance as well as being an active member of the school community.”

Leon also explained why he applied for the President’s Scholarship. “I applied for the scholarship as I viewed it as an excellent opportunity to work with the Student Ambassador Programme. The scholarship has been a positive and memorable experience to date. It has opened many doors for me as a student in WIT and I hope that it will continue to do so. I enjoy the small class sizes, interesting modules and the approachability of the lecturers.”

His dreams for the future include working as a chartered accountant, continuing community work and potentially returning for postgraduate studies.

Neil Quinn is a first year student studying Bachelor of Architecture (Hons). He is a son of Garry and Emer Quinn and is from Kings Channel in Waterford City.
In his application, he included that he volunteered at a horse riding facility for disabled children in Killoteran Equestrian Centre. Neil also added his participation in the Honeywell Leadership Program, which took place in Alabama in March 2018. He also mentioned his involvement in sports, playing hockey for Waterford Hockey Club men's firsts and seconds team. He has represented Waterford numerous times in badminton also.

"I applied for the scholarship when I saw details about it while investigating my CAO options. I enjoy being located in the Granary Campus with the school of architecture. My dream for the future is to become an architect."