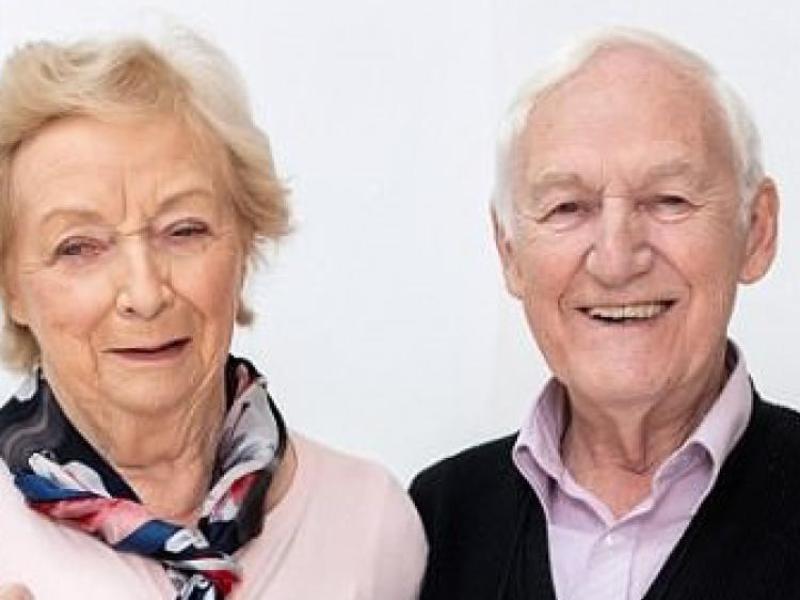 Des and Mona Manahan’s love story went viral after they were photographed at Debenhams make-up counter in Waterford. Mona, whose eyesight is deteriorating, decided to get her make-up done at the Benefit counter for Des’ birthday bash, but her creative husband had other ideas.

Des learnt how to apply Mona’s make-up so she could always look and feel her best. Their true love story was shared all over the world, appearing on The Late Late Show, This Morning and BBC News.

Des and Mona will lead the parade, beginning at Dooley’s Hotel and will arrive at the viewing stand to be greeted by Mayor of Waterford City and County Cllr Declan Doocey.

Des and Mona have made huge contributions to the arts and theatre in Waterford. Des has spent his life on the stage, been a member of every musical society in Waterford since the 50s, a member of the Grand Opera Society, has appeared in professional productions all over the country and still performs with Waterford Musical Society.

Mona and Des have both made huge contributions to the iconic Tops of the Town. Mona, who worked on costumes for Red Kettle Theatre Company for years, also took the lead on all the costumes for the Tops shows. Meanwhile, Des was writing comedy for the shows and acting as musical director and producer.

A 17-year-old Des was working in Waterford Crystal when he first laid eyes on Mona. He fondly remembered looking out the window at work and seeing Mona heading back to finish her Leaving Cert. “I thought she was nice, and she was part of the group of girls that we hung around with at that time. Nice, innocent, shy boys and girls just joking and laughing. The summer season came along and back in those days, 1952, we got the train from Waterford to Tramore. We would all buy a monthly ticket and the whole gang would travel together. We were always trying to impress each other. Nat King Cole’s song ‘They try to tell us we’re too young’ was a big hit and I was singing this trying to show off, but it didn’t get me anywhere. I didn’t have any success with Mona until after Christmas that year and that was my present,” Des told Waterford Live in an interview last year.

Des said shared experiences and real love are the cornerstones to a happy relationship. “It’s hard to pinpoint the key to a happy marriage for every couple. I’m not a drinker or a smoker, and I was never one to be out at night with the boys, so that helped. We have been together in everything we have done throughout our lives, so there’s that kind of a special bond between us. Anywhere we go you’ll see the two of us holding hands - we’re doing that since we were courting.

“We don’t argue, you learn to accept what each other wants, and when you love someone you are going to do things to please them and they will do the same. Love, respect and doing our best for each other. We were never wealthy in a financial sense but we always had each other and always got on. We had five sons and a daughter, so there was plenty to keep us occupied. Real love, that’s what matters most,” Des added.

Mayor of Waterford City and County Cllr Declan Doocey is delighted to have Des and Mona acting as the grand marshals for this year’s St. Patrick’s Day parade. “These two have an extraordinary story that has been heard by millions of people, as well as having contributed so much to the arts and theatre in Waterford.

“As we celebrate colour, culture and community in this year’s parade, I believe these two perfectly embody what it means to involve oneself in their community and bring vibrancy to everyday life.”