Have schools over-concentrated on the academic? 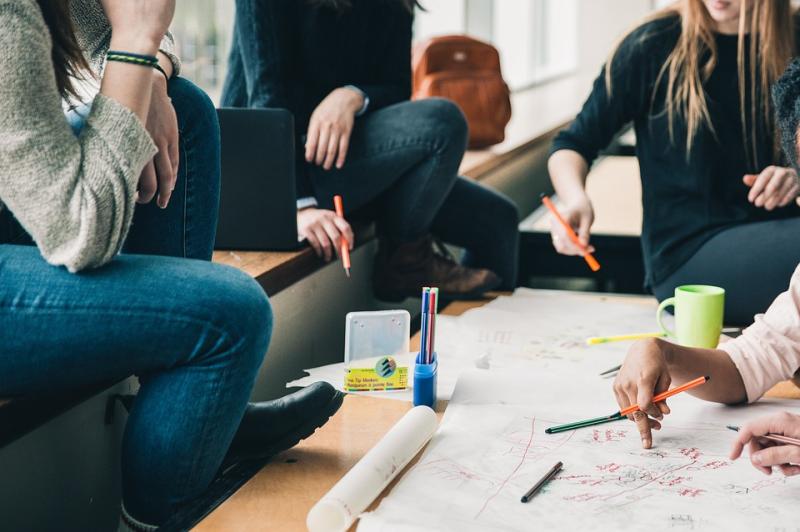 Have Waterford schools over-concentrated on the academic?

It seems to me that our first breakfast cup of tea every morning is now accompanied by gloomy statistics. News from our national radio station invariably tells us that many hundreds of ordinary people are now lying on uncomfortable trolleys in overcrowded hospital corridors or that they have not yet arrived in the corridors because they are amongst the thousands of patients awaiting appointments on hospital waiting lists.

While these statistics may vary over the years, a percentage increase here, a reduction of a few hundred there, the figure which never seems to show any reduction is that of the homeless. That challenges the ordinary comfort of that cup of tea. Out there, the statistics tell us there are people who do not experience that sense of belonging, of preparing their own breakfast, of sleeping in their own beds, of unlocking their own front doors. They are without the ordinary security of living in their own homes.

The frequent analysis of those figures reveal a wide range of people described as “homeless,” from the unfortunates, who because of emotional problems are unable to settle permanently anywhere, to the ordinary young couple who are hard-working, but unable to meet the astronomical costs of buying their own home. Just as we bought our first home in the long ago, we tell ourselves as we pour our second breakfast cuppa! Nowadays, these young couples are at the mercy of landlords, who can, apparently, terminate their tenancy on a whim. And so they find themselves back living in overcrowded conditions with parents and relatives, unwilling in such circumstances, to do the natural thing of starting a family.

It seems to me, therefore, that this type of “homelessness” presents a very complex social problem, or far more long-term consequences, than the constitutional reforms which have been the chosen pursuit of the current government. The solution, we are told, is the building of more and more social housing. This is the function of local authorities supported by substantial government funding. Since, unlike private development, the objective is not that of profit, the rents can be affordable. It was the solution to a very serious housing problem inherited by the new Irish State, and which was very successfully tackled in the 1930s. If that was the solution then, it is the obvious solution now. So why not get on with it? Simple!

But, apparently, it is not so simple. That it cannot be done overnight is obvious. The trajectory from the architect’s drawings to a roof over a head is strewn with obstacles. These range from the constitutional right to private property which influences the acquisition of sites, to layout and design, to funding, to planning and planning appeals, all of which are time-consuming.

But now it would appear that having jumped all of these hurdles, and availing of the substantial government funding, many authorities are ready to build. And that is where yet another statistic has intruded on that breakfast cup of tea. This time it was issued by the construction industry. It seems that Ireland is chronically short of the skilled workers now urgently needed to solve the problem of the homeless. The industry requires 83,000 skilled tradespeople to immediately meet the current demands. And they aren’t here anymore.

The skills involved in building construction are many and they do not grow on trees. They are acquired through long training and apprenticeships. I have tried to quantify them, and although I am sure I am omitting a few, here goes: masons/bricklayers, plasterers, carpenters/joiners, roofers, plumbers, electricians, glaziers, painters/decorators.

The loss of the skilled trades, especially in the construction industry, coincided with, and was attributable to, the crisis in banking and the allied collapse in our economy. Building ceased. Our tradesmen emigrated. They have built hospitals and schools in the Middle East, houses and factories in Germany, The Netherlands, Australia, the United States. They work all over the world, where their skills are valued and rewarded. Many have now permanently made their homes away from Ireland.

Some may return here, but there appears to be no obvious popular enthusiasm to do so to meet the current urgent demands.
And in the lean years we did not make sufficient provision for the training of replacements. Apprenticeships were severely curtailed. Though training now is allied to a block-relief system, whereby apprentices spend a few months each year in third-level colleges, the old system of learning from a mentor, a master in a specific trade, still obtains.

The length in training time for most of the trades has now been reduced to three or four years. This contrasts with the seven years which my own great-great-granduncle spent when he started in 1850 as an apprentice cabinet-maker, where he also paid a substantial fee, or with the six years, also plus fee, which my own father spent in his apprenticeship to carpentry in the early decades of the 20th century.

The current crisis in the practical skills (for that is what it is) also raises the issue in the career options of our young people. Does the challenge of the IT industry detract from the very hands-on skills of the crafts and trades? Have our schools over-concentrated on the academic to the detriment of the practical?

Whatever the answer, the fact appears to be that there is now an urgent need for the construction of new social houses and while, at last, the finance is available for this work, there aren’t sufficient skilled tradesmen available to build them.