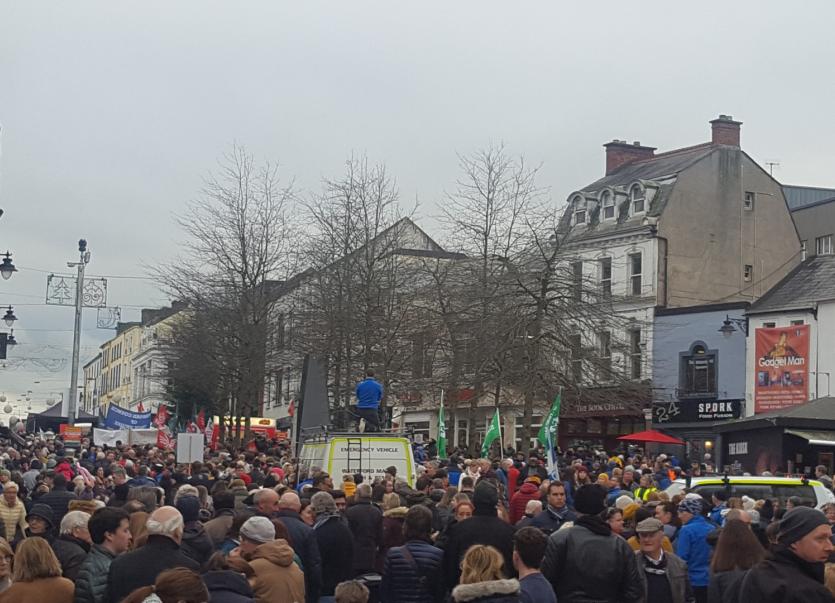 Waterford came to a standstill on Saturday when thousands turned out for the South East Broken Hearts rally, calling for 24/7 cardiac services at University Hospital Waterford.

The march came at the end of week which saw two more patients being transferred to Cork after suffering heart attacks.

“We would like to thank the group members of 24/7 Cardiac Care for the South East and South East Patient Advocacy Group  for agreeing to our decision to call a march, jointly supported by the Waterford Trades Council. The fantastic turnout was testament to a lot of preparatory work done prior to the event to further inform the public on the main issues,” Health Equality For the South East’s Matt Shanahan told Waterford Live.

“A significant question has now arisen which must immediately be answered by our Oireachtas TDs. Why have our TDs not addressed the issue of immediate use of of the contract cath lab onsite to deliver cardiac stenting and other invasive procedures which can immediately impact waiting lists and emergency care at University Hospital Waterford? This lab is presently restricted to diagnostic duty only. The problem of cardiac care in the South East has always been one of cath lab capacity and now that we have increased capacity by means of a second lab and contracted staff, which can immediately remedy a large part of the problem, why is it not being called into use by our TDs and neighboring TDs in South East counties?

“If Oireachtas members want to demonstrate their desire to see immediate patient service improvements at University Hospital Waterford, why not make reference to and representation on using this cath laboratory to achieve this goal? This has not happened since the September meeting with Minister for Health Simon Harris - one wonders why?

“Cardiac care can be immediately improved for all patient groups in the South East by use of this second cath lab. That message came from the march on Saturday and will continue to grow ever louder!

“In the interests of patient care, this lab must now be immediately resourced to begin stenting and other procedures. The failure of our political representatives to act in achieving this will add to the the idea that it is party before people, which matters most for some of our elected representatives in the South East. We look forward to immediate public political action that will prove this statement incorrect.”

Speaking at the rally in Waterford city where up to ten thousand people turned out, Sinn Féin area representative Conor D. McGuinness said Government inaction on 24/7 emergency cardiac care is putting the lives of Waterford people at risk.

“University Hospital Waterford serves a population of half a million people, yet the South East remains the only region without 24-hour emergency cardiac care,” Mr McGuinness said.

“If someone in County Waterford experiences a cardiac incident between 5pm on a Friday and 9am on a Monday, their only option is a transfer to Cork city, if and when an ambulance is available.

“We need a permanent second cath lab at University Hospital Waterford and the provision of 24/7 emergency cardiac care. A second lab needs to be adequately resourced and capable of performing both diagnostic and intervention work.

“There is a 14-day waiting list for crucial cardiac diagnostic treatment in University Hospital Waterford, treatment which should be occurring within 24 hours of a patient experiencing a cardiac incident.

“The Government and HSE management are treating people in County Waterford like second-class citizens. Lives are being put at risk by the failure of this Government and its predecessors to take action. The clear message from this weekend’s rally is that the people of Waterford demand 24/7 emergency cardiac care without further delay.”

Sinn Féin TD David Cullinane also said that enhanced cardiac care is a big priority for people in the South East. "Progress has been made in recent times. Through the collective efforts of campaign groups, local and regional politicians and people power, the Government moved and have provided the funding for a second cath lab.

"The South East has a population of 500,000 people. University Hospital Waterford needs to provide all modalities of cardiac care on a 24/7 basis. The people will continue to campaign until this is achieved," Deputy Cullinane added. 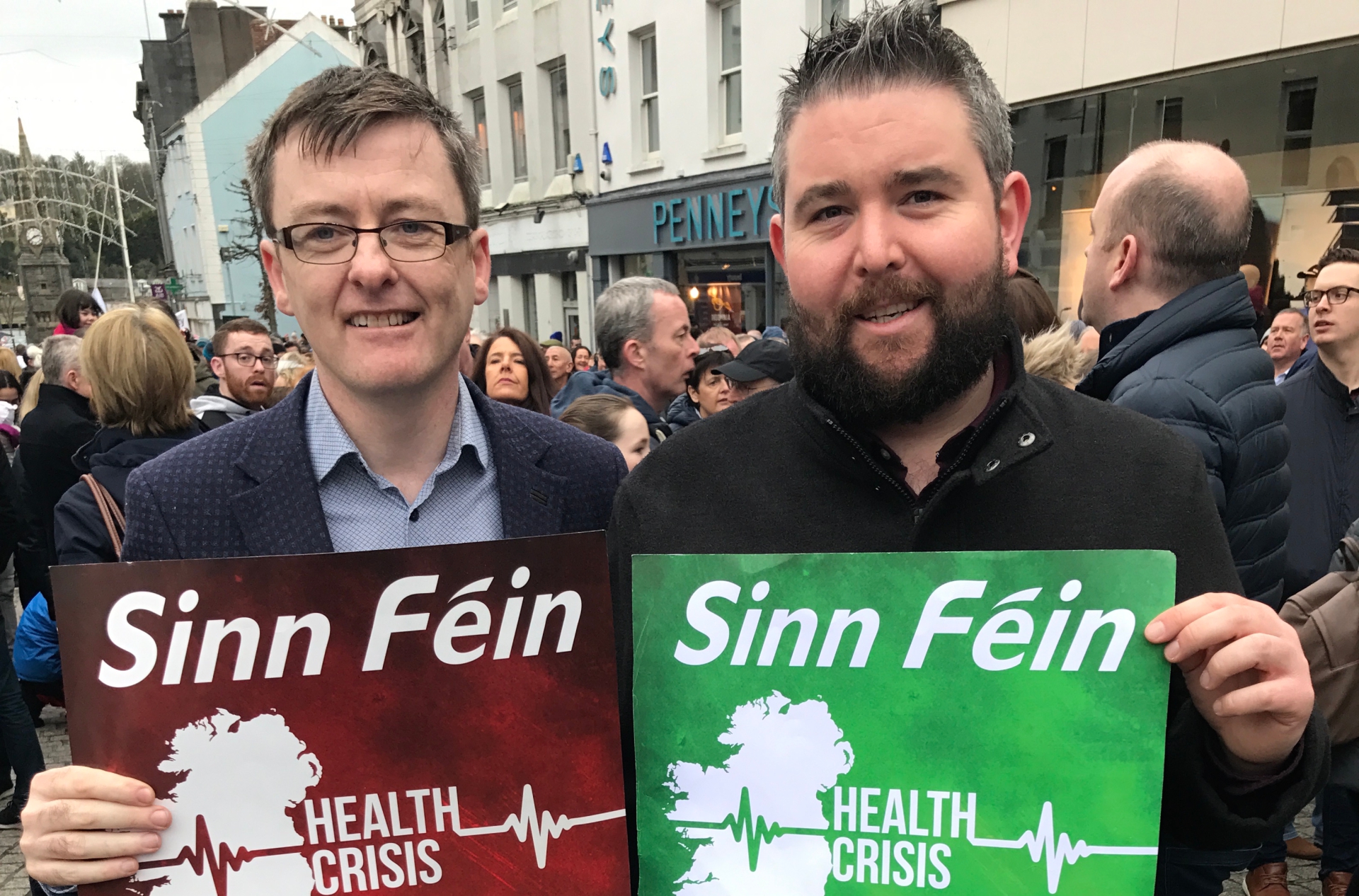