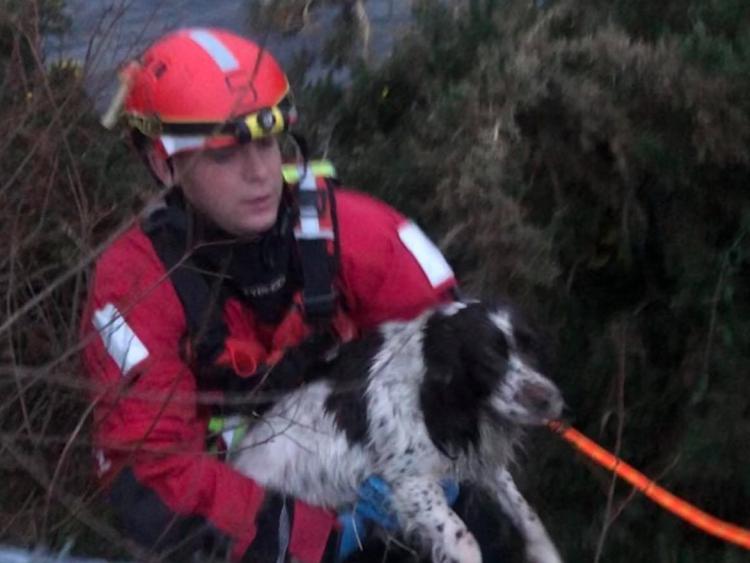 Waterford City Fire Service rescued a dog from a reservoir in the city this week.

The dog was unable to get out of the water due to the rubber lining that covered the base of the reservoir and due to its slippery under foot.

"Something important to note is that the owner of the dog did the correct thing in calling out the fire brigade and did not attempt to rescue the dog. We have the correct training and the correct gear to carry out these rescues," a Waterford City Fire Service spokesperson said.