REVEALED: The two finalists for the Waterford All Time Greats

The public has been voting for almost a month 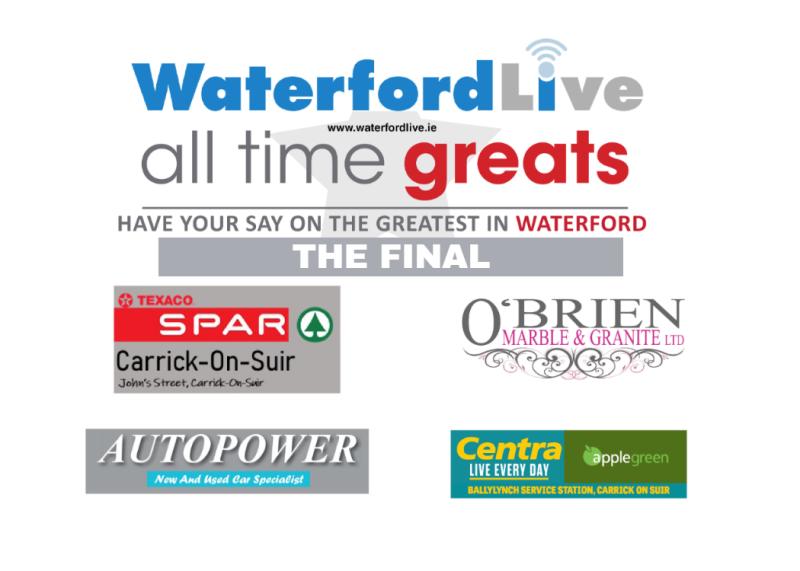 REVEALED: The two finalists for the Waterford All Time Greats

And then there were two...

After almost a month of voting, 16 contenders and three rounds of voting, two of Waterford's greatest sporting heroes have emerged as the finalists for the Waterford All Time Greats series.

In the intervening weeks, we have tasked you the Waterford public with voting in a series of matches from a last 16 stage right through to this final pairing.

The Waterford hurling icon and RTÉ commentator drew support from right across the county and country, but O'Shea showed the resolve he often exhibited at the heart of United's defence to advance.

It was, however, a close run thing as the former Ireland captain won out with 53% of the vote to John Mullane's 47%.

Facing off with O'Shea for the crown of Waterford's All Time Great is evergreen hurling star Michael 'Brick' Walsh, a Déise stickman for the ages.

He has defined a generation of Waterford hurlers throughout the early 2000s and to 2019 when he commenced his 17th season in the white and blue.

Brick overcame nationalist icon Thomas Francis Meagher in the semi-finals with an overwhelming 83% of the vote, cementing his place as the county's most beloved hurler.

From Walsh Park to Croker, Brick has struck fear into the hearts of defenders for the better part of two decades, picking up three Munster titles, two national league titles and four All-Star awards along the way.

So, the cross-sport battle is on between the soccer juggernaut that is John O'Shea and the Déise darling Brick Walsh. Who are you voting for? You can get behind your favourite below. Click on the image to get through to the poll. 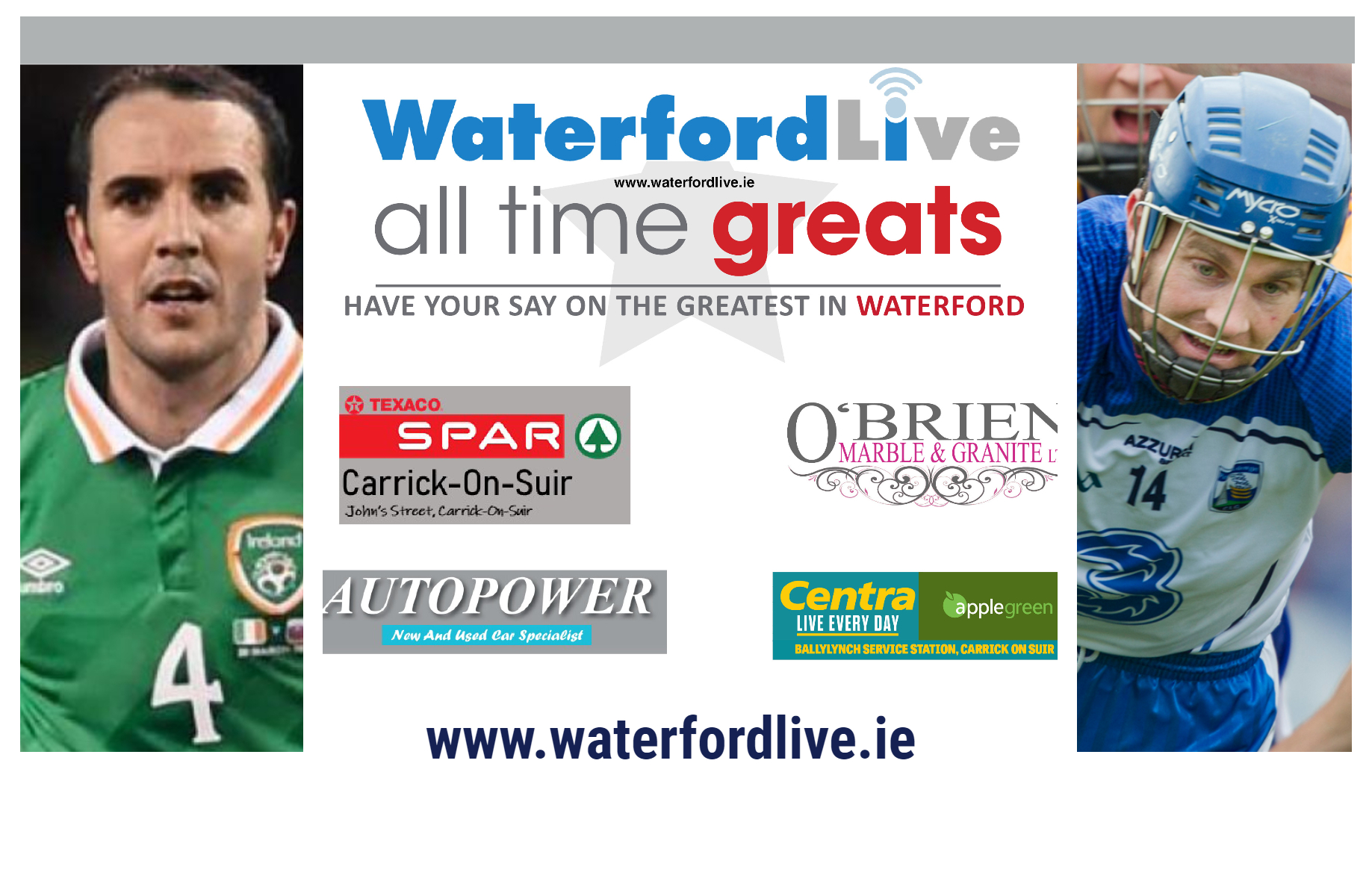