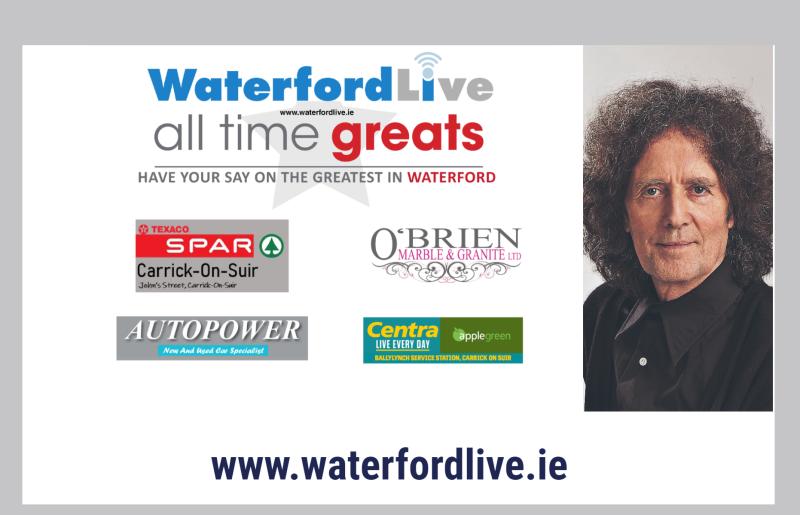 Born on Cork Road in Waterford in 1946, Gilbert O'Sullivan went on to be one of the defining voices of the 1970s music scene in Ireland, the UK and America.

As one of the most noted songwriters of the time, he first found fame with 'Nothing Rhymed,' and enduring hit that gave him a gold success, and his first Top 10 UK hit.

Another iconic hit, Along Again (naturally) produced even more acclaim, rocketing to number one in the US charts and number three in the UK. It also hit the number one spot in Japan, spending a total of 21 weeks in their official charts in 1972. The song was nominated for a Grammy but lost out to Roberta Flack's First Time Ever I Saw Your Face.

His follow-up, Clair, once again found an audience in America, reaching number two in their charts, while it gave him his first UK number one.

He sold over 10 million records in 1972, making him the year's biggest star. He produced 16 Top 40 hits during his career, including six number ones and won three Ivor Novello awards, including Songwriter of the Year in 1973.