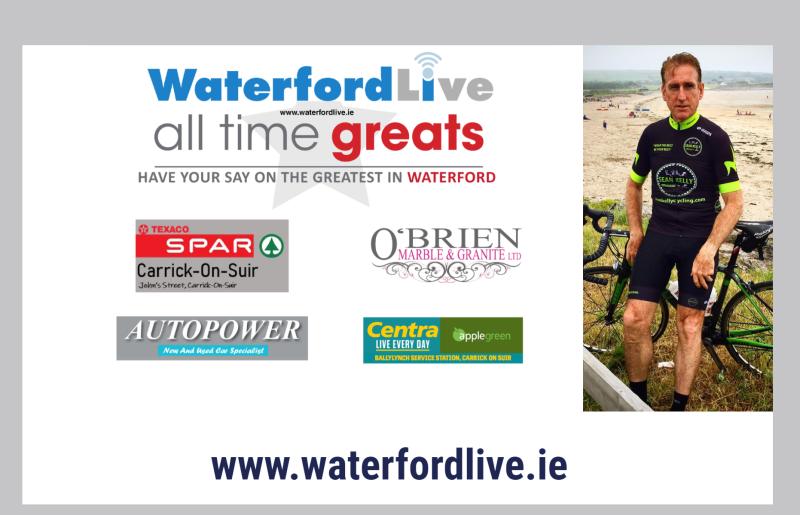 One of the world's finest ever classic cyclists, Waterford's Sean Kelly was the first world number one when the FICP world rankings were introduced in 1984, a record he held for five years.

He won the 1988 Vuelta a Espana. He won the general classification as the best sprinter in the Tour de France, and twice won bronze medals at the World Road Racing Championship in the 1980s, becoming one the most iconic cyclists of the era.

Before his retirement in 1994, Kelly amassed a stunning 193 professional race wins and nine classic victories. Along with Stephen Roche, he remains one of Ireland and the world's most successful cyclists.

Kelly, however, remains the most successful in terms of stage wins at the Tour de France with five.