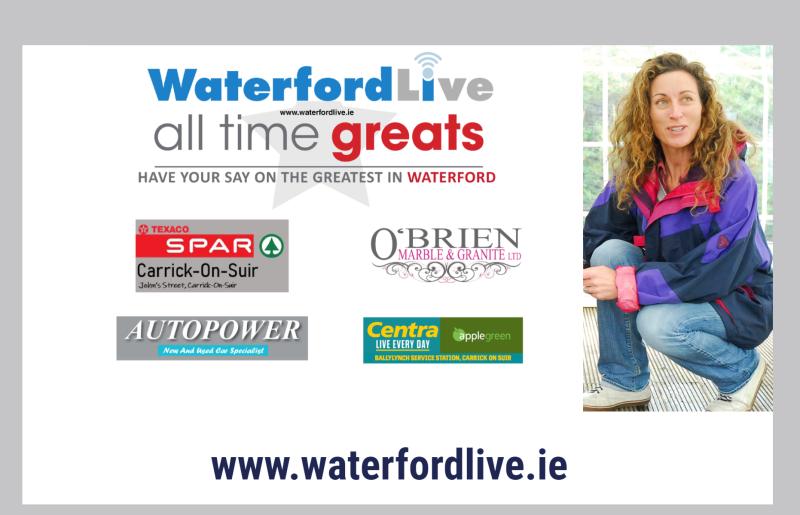 One of the county's most celebrated broadcasters and actresses, Waterford's Carrie Crowley made her television start on the much-loved 1990s children's TV show The Morbegs on RTE.

On radio, she presented numerous shows throughout the 1990s on WLRFM before moving to the national broadcaster. She co-hosted Echo Island with Dara O'Briain and led the way with Irish language shows on RTE, including The Morbegs.

Having presented the Eurovision in 1997, Crowley became a star in RTE before the turn of the century, before moving on and acting in shows likes The Clinic and An Crisis on TG4. She has also appeared on Fair City.