Love Island couple have a huge decision to make 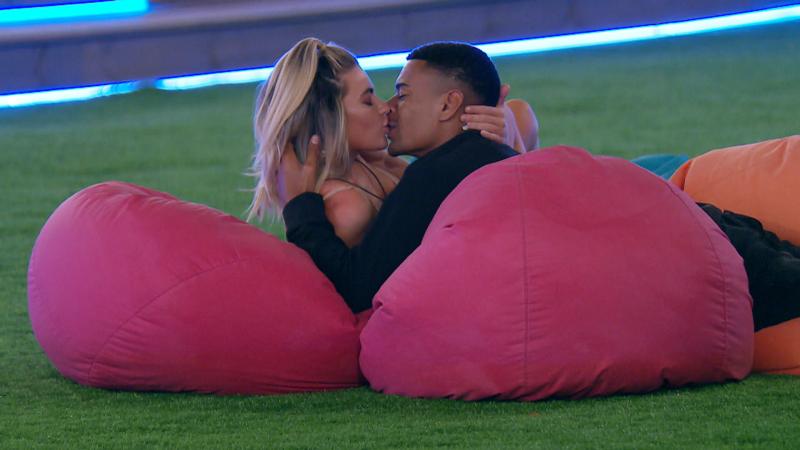 Ellie and Charlie have been dumped from the Island. While the Islanders still reel from saying goodbye to the shock departures, Caroline has some more news. “Georgia and Sam, Megan and Wes, you are not quite safe yet. Your fate now lies in the hands of your fellow Islanders. Islanders you now have the power to save one couple. Georgia and Sam. Or Megan and Wes.”

Georgia, Sam, Megan and Wes go to sit on the decking. Caroline says: “Islanders, you must now decide as a group who should remain as a couple in the villa. Who do you think has the potential to go the distance? Who do you believe in as a couple?”

The Islanders have some time to make their decision. Some believe Georgia and Sam have most potential as a couple, while others believe Megan and Wes are the strongest couple and deserve to be saved.

Caroline says: “It’s time to make your decision, which couple do you want to save and why?”

Josh says: “We would like to save this couple because, they have had their doubters, both inside and outside of the villa and as a group, we believe that they can go the distance. It wasn’t an easy decision at all, there was serious debate and people put forward very good points, pros and cons for both couples. But in the end we have managed to make a decision even though it was a hard one.”

Who will the Islanders save?

Caroline then reveals to the couple not saved. “You haven’t been saved by the public or your fellow Islanders. Therefore, you cannot stay on Love Island as a couple. This doesn’t have to be the end of your Love Island journey. It’s a huge decision, it’s either split up and remain in the villa or stay together and leave. Before you make that decision, I can tell you there are two new boys and two new girls waiting to enter the villa today. If you decide to split up and stay on the Island, you will each date two new Islanders and head back to the villa. You will decide who to couple up with on the next recoupling. But you can’t be with each other. If you decide to stay as a couple, you will leave immediately without returning to the villa. You can take some time now to talk it out and come back to me with your decision.”

One couple now has a huge decision to make.