IN PICTURES: Laois set to welcome 300,000 for National and World Ploughing Championships

Electric Picnic with 70,000 party goers was another huge success in Laois but it is only in the ha'penny place compared to the next event in the county.

The National and World Ploughing Championships kick off on September 20, covering 800 acres, just a hedge away from the fields that hosted Electric Picnic campsites and carparks.

The organisers expect 100,000 to 150,000 visitors - per day! That could be six times the numbers that descended on Stradbally last weekend.

Site Manager Tom Kelly told the Leinster Express that similar events are getting 1.5 times as many visitors as expected, so they are "expecting big numbers".

The National Ploughing Association gave the media a preview of the event returning to Laois for the first time since 2015, and after a two year halt due to the pandemic.

The rolling Ratheniska fields are being converted into a small city, with some 37km of metal tracks already laid out and filling up fast with marquees. A huge team have been on site since July, paving the way for 1,700 trade stands, and preparing fields for ploughing competitions and carparking.

The event will cost some €4 million to put on, and is hoped to at least break even, given the rising cost of materials.

Image below courtesy of NPA. 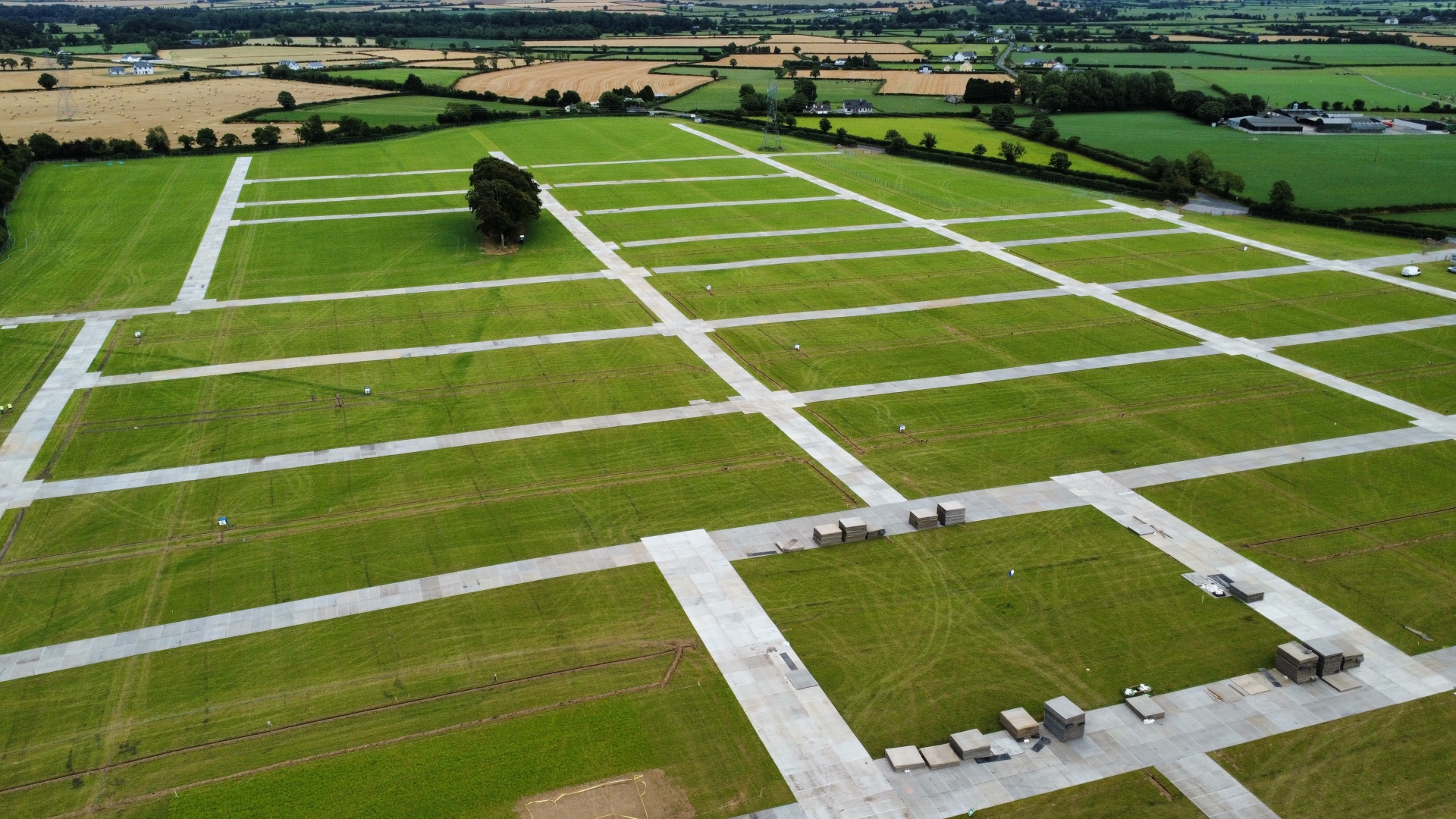 Launching the event was NPA Managing Director Anna May McHugh, proud to return the event again to her home county of Laois.

“The Championships not only provides a national stage for showcasing all things that are great about Ireland but also brings together people from all sectors of Irish society both rural and urban, to enjoy three days immersed in country living," she said.

Her daughter is the World Ploughing Organization General Secretary Anna Marie McHugh, who is happily reminding her mother that technically she's her boss this year.

"I don't know how far I'll get with that one," she joked at the launch.

She had short notice to include the worldwide event in the National Ploughing Championships, with the schedule for world ploughing events filled up to 2037. Laois will welcome international competitors from 28 countries, giving an even bigger boost to the county for the hospitality sectors.

"It is a massive privilege to be here for the world championships,” Anne Marie said.

Electric Picnic lost and found to open in Stradbally

Laois Offaly Kildare Garda Chief Superintendent John Scanlan joked that he's been lectured by Anna May McHugh for the past ten years on how to organise his traffic plans.

"I wish she'd go to counties I'm not in charge of," he joked.

"We should be proud of this championships, and celebrate it. It will be my last. It will welcome 100,000 people a day, and no crime. There is no other place on this world you can't put 100,000 people and not have someone stealing.

"We do get serious traffic problems, but that's from people rolling down their windows and asking 'do you know Tom our local Garda'," he added.