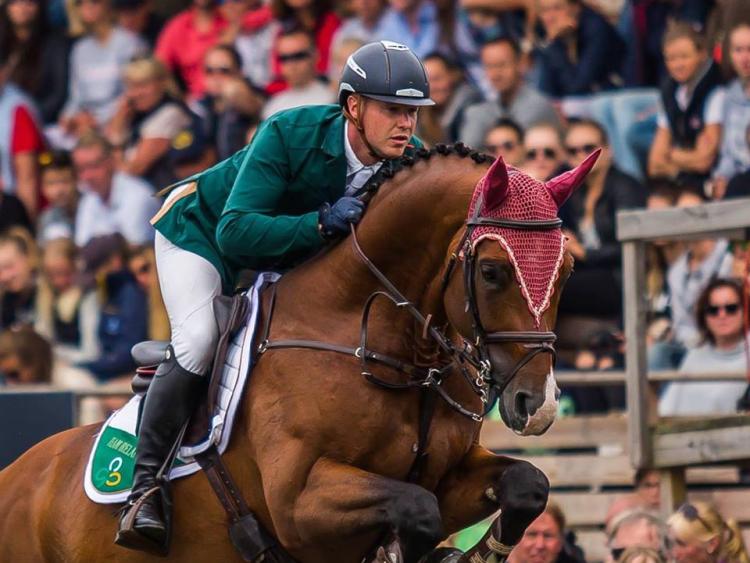 Waterford's Anthony Condon with SFS Aristio has been named on the Irish show jumping team for this weekend's Longines FEI Nations Cup World Final, which takes place at the Real Club de Polo in Barcelona, Spain.

The Devenish and The Underwriting Exchange-sponsored Irish team comfortably qualified for the World Final back in August, after finishing second on the Europe Division 1 Nations Cup league table.

A total of 15 teams will line out in Barcelona, with Ireland up against Belgium, Switzerland, France, Netherlands, Britain, Sweden, Germany, Italy, Spain, Austria, Canada, USA, Brazil and the United Arab Emirates.

"We are very much looking forward to competing in Barcelona against 14 strong teams. We are looking to put in a good performance and to qualify for the final on Sunday. We will be trying to try to erase the bad taste that our result in Tryon [at the World Equestrian Games] has left, as it would be unfortunate if Tryon was the reflection of what has overall been a very successful Nations Cup season - we want to finish on a high,” said Irish team manager Rodrigo Pessoa.

The competition, which carries a total prize fund of €1.7 million, begins on Friday, following which the top eight teams will qualify for the final on Sunday. The remaining seven teams will compete in Saturday's Challenge Cup final.