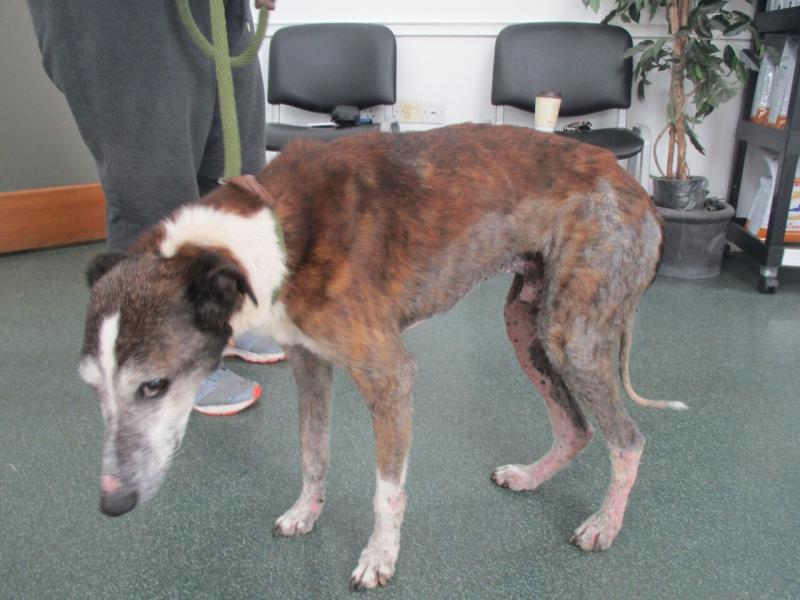 A 37-year-old  Waterford man pleaded guilty on Monday to two offences under the Animal Health and Welfare Act 2013 (AHWA) including causing unnecessary suffering and neglect regarding the health and welfare of a dog.

ISPCA Inspector Alice Lacey, accompanied by a staff member from Waterford SPCA, visited the man's  property in Waterford City on 19 April 2017 to find a dog in extremely poor condition.

There was a strong smell emanating from the 14-year-old male Lurcher, which was due to a severe, untreated skin condition. The dog was underweight, had visual impairments due to cataracts, discharge and inflammation in both eyes, a chronic skin infection, hair loss and inflammation due to untreated mites and several tumours on his body.

The dog was surrendered to Inspector Lacey, and was later put to sleep on veterinary advice due to its numerous conditions stated above.

ISPCA Inspector Alice Lacey said: “It was very upsetting seeing an aged dog like this suffering unnecessarily in his later years. The skin condition he suffered from for a long time would have easily been prevented with some simple parasitic treatment if the owner had sought that for him. The dog was unable to help himself and therefore relied on the responsibility of his owner to provide a certain level of care, which he never received.”

The man received a three month custodial sentence (suspended for 12 months) and was disqualified from owning any animals for a period of 5 years under Sec. 58(1) of the AHWA 2013.