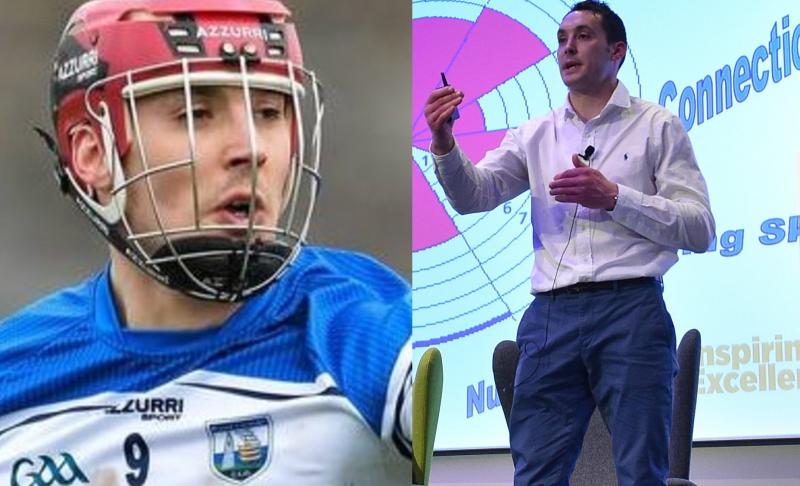 Former Waterford hurling star Shane O’Sullivan is putting all the leadership skills he learned during a glittering career with the Déise to good use in his new career as a high performance coach, helping leading lights in the corporate and sporting worlds.

Shane proudly captained his county at all levels, winning three Munster titles and two National League titles with the Déise. He helped drive WIT to Fitzgibbon Cup glory and won every attainable county championship – senior (6), under 21 and minor – with his club Ballygunner.

This Sunday he will captain Ballygunner in the Waterford Senior Hurling County final against Abbeyside at Fraher Field, Dungarvan, as the club looks to secure five-in-a-row.

Since leaving the inter-county scene at the age of 31 towards the end of 2016, Shane has taken his proven winning mentality to drive his new business venture to success,  while helping others to realise their potential along the way.

Shane recently became the first Irish person to be appointed as an Associate Coach with BetterUp, one of the most reputable and fastest growing coaching organisations in the world. BetterUp accepts less than 8% of all coaching applicants. Shane also recently became a facilitator with AchieveForum, based in Boston and London, who are one of the top 20 leadership training firms in the world. He hosted a facilitation session with AchieveForum’s leadership team in London last week.

Shane, whose high-performance practice – Inspiring Excellence – is based in Waterford but boasts clients from across Ireland and the globe, said: “I’m delighted to be teaming up with BetterUp and looking forward to the challenge of helping some of the most successful multinationals across the globe, but also to assist start-ups and SMEs to make their dreams a reality. It’s fantastic to be part of a global coaching network and to be able to help clients from different countries and cultures to make a measurable change in their organisations and the lives of the people they work with.”

While he is well-known for his physical prowess on the field, Shane has been fascinated with the power of the mind since the age of 14, when the then All-Ireland winning Wexford manager Liam Griffin visited his school, De La Salle, to give a talk to students.

Shane recalled: “I expected him to talk about hurling or the technical skills of the game, but he spoke for an hour and all he talked about was the psychological preparation of the team and how important it was. He spoke about the importance of visualisation.”

From that moment on, the Ballygunner teenager became hooked on sport psychology and quickly applied the lessons he learned to great effect on the field of play. Now Shane has taken his teenage obsession and the winning mentality he always displayed on the pitch to help others to drive their business or sporting careers to new highs.