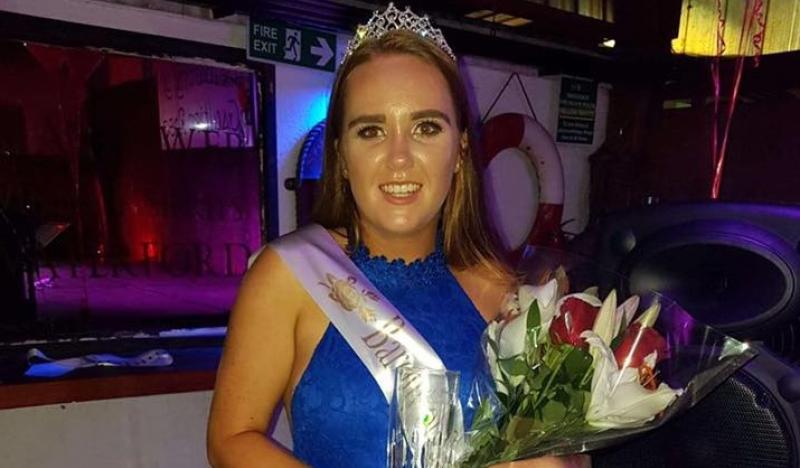 Waterford’s Shauna Fitzgerald is feeling proud after being crowned the Barony of Gaultier Rose 2018 earlier this month.

The bubbly 18-year-old rounded off a month where she collected her Leaving Cert results with taking the Barony of Gaultier Rose tiara.

Shauna has represented the Barony and Waterford in sports such as camogie and ladies football, winning medals at county, Munster and All-Ireland level.

When she’s not on the pitch, Shauna enjoys spending time with her family and friends. She often helps out with fundraising events both locally and further afield.

“The judges found it very difficult to decide who the winning Rose would be on the night. They based their judgement on the interviews which they had conducted themselves with each of the girls and upon the onstage interviews which Mary O’Neill from WLR conducted. After much deliberation they finally decided that the Barony Of Gaultier Rose 2018 would be Shauna Fitzgerald from Brownstown,” a spokesperson for the event told Waterford Live.

“The judges agreed that all the girls who took part in the competition were winners. Even if they didn’t walk away wearing a tiara, they still walked away with their heads held high and their confidence greatly enhanced”.

“Entering a competition like this is a fantastic character building exercise for all the young ladies involved. Hopefully next year the festival will be just as successful as this year’s has been. I would encourage any would be contestants out there to practice on how to wear a tiara and maybe then they too will become a Rose,” the spokesperson added.

Next up for the Carbally Community Centre is a fundraising bingo night at The Forum, The Glen, Waterford, on October 3 at 7pm.