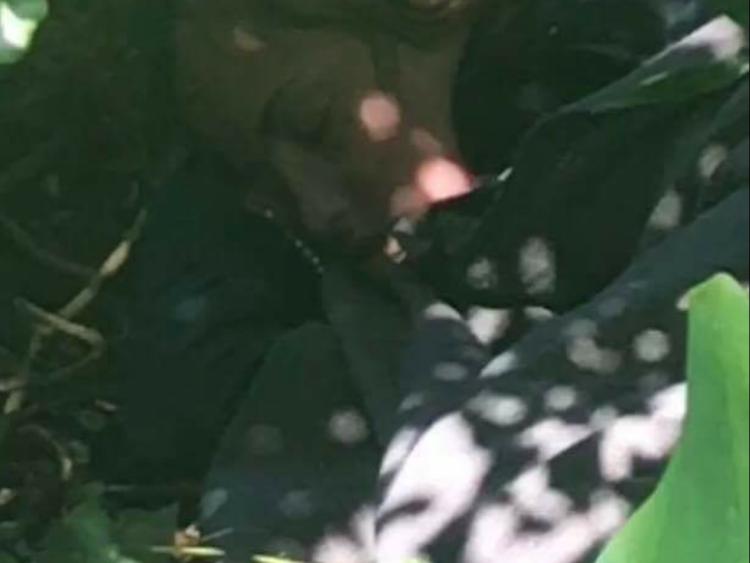 This woman has been seen sleeping in a ditch in Waterford city "on many occasions recently”.

Shocking footage has emerged showing a woman sleeping in a ditch in Waterford city.

The young woman was taking residence in the bushes at Ardkeen Shopping Centre on the Dunmore Road, metres from nearby University Hospital Waterford.

Locals in the area confirmed that the woman has been seen sleeping in the ditch “on many occasions recently”.

The woman had a blanket over her big jacket and was wearing flip flops with no socks when the footage was taken last week. Locals said she has been urged to reach out for help, but continues to sleep in the ditch.

Sinn Féin’s Cllr Jim Griffin, who wasn’t aware of the woman sleeping rough at Ardkeen Shopping Centre, described it as a “poor and sad situation”.

He said: “It’s shocking. If she presented herself this evening I would have her in a B and B by tonight. There’s no need for someone in Waterford to be sleeping in a ditch. She should reach out to someone. I have brought a wide range of individuals from various backgrounds to the council and at no stage have we refused someone a B and B, grant it it’s only emergency accommodation.”

Sinn Féin’s Cllr John Hearne described the homeless crisis in Waterford as “chronic”, underlining: “We are getting cases of people being thrown out of their houses when landlords up the money all the time. It’s desperate the situations people are in. We are told it's the same all over the country but that's no good to the people lying outside.

“In fairness the housing department in the council are one of the best I’ve come across but they are snowed under. The amount of people being made homeless and are homeless is colossal.”

Independent Cllr Cha O'Neill was "shocked" when Waterford Live brought it to his attention. "We are led to believe that there is no reason someone should be homeless if they present themselves to the homeless officer in the council. The biggest problem is the lack of houses and apartments, especially for separated people."

Fianna Fáil’s Cllr Jason Murphy was “shocked but not surprised” when Waterford Live informed him of the issue. “There are people on the social housing list that never thought they would be on it and this situation just shows that it is reaching into every demographic. The Dunmore Road would have been traditionally thought of as a fairly middle class and affluent area of Waterford”.

Cllr Murphy said there is a “tsunami” facing the country and called for an “affordable scheme” to be put in place to tackle the homeless crisis across the region and State.

“There’s a perception out there that the average industrial wage is about €38,000 and it is certainly not. And the biggest factor [contributing to the homeless crisis] is that the Government took out the affordable aspect of buying a house. There are a lot of people working full-time jobs that can’t afford a mortgage and can’t gain credit from the bank. They now find themselves on the social housing list, a place they never should have been.

“In 2002 at the height of the boom Fianna Fáil had an affordable scheme and I was one of the beneficiaries of it and I bought a house at the time for the equivalent of €100,000 when the average price was €140,000. The criteria was that you had to be earning under a certain amount. It gave people the opportunity to own their own home, it took pressure off the social housing lists and it had huge benefits for the demographic,” added Cllr Murphy.

ALERT: Popular burger buns pulled from shelves across Ireland due to pesticides