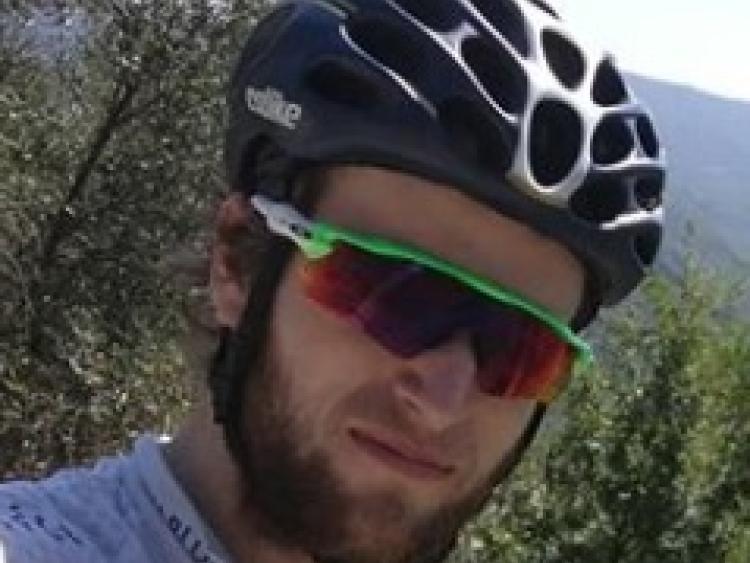 Carrick-on-Suir cyclist Conor Dunne had a “tough day” on the back of the news that his team, Aqua Blue Sport, will not apply for a UCI Professional Continental cycling license for the 2019 season.

Taking to Instagram, the 6’8” Irish national road race champion showed a defiant front, thanking everyone for their messages of support. “It is really appreciated. In times of trouble, sometimes it helps to try and keep a sense of humour (and frantically search the job section of the Indo),” Conor wrote.

Green Giant for sale... Feed me porridge and I'll be happy. I know all the lyrics to every Dolly Parton song ever made. Slightly forgetful, due to all the door frames I've walked into, but I'm sure we can learn to get round this. Have a large tattoo of my recently deceased obese cat, Smudge, on my left buttock. I can eat 44 weetabix in less than an hour. Also, I come with a slightly lunatic Irish girl called Stacey, who supports me at every race... please don't panic, I have a handbook explaining how to look after her. . . Tough day over here. Thank you everyone for all your messages, it is really appreciated. In times of trouble, sometimes it helps to try and keep a sense of humour (and frantically search the job section of the Indo)

Ireland’s first professional cycling team announced on Monday that they would be wrapping up their operation after two years. An Aqua Blue Sport statement read: “We, Aqua Blue Sport, started this project over two years ago with huge ambition, gusto and optimism that we could actually make a difference.

“This year we have found it increasingly difficult to obtain race invitations and recognition from race organisers in how unique and how well supported our project should be.

“Aqua Blue Sport cycling team have been negotiating tirelessly with another pro-continental team regarding an acquisition/partnership. Over the past weeks we had formed the basis of an agreement many times, but unfortunately common sense did not prevail. We believed on numerous occasions that the deal was so far advanced that it was a foregone conclusion that a partnership would be achieved. Today, 27 August 2018, we now find ourselves in a position where we can categorically state that all negotiations have been terminated.

“I guess it’s fair to say that we have made some fundamental mistakes and errors of judgement, ultimately bringing our ‘on road’ ambitions to an unfortunate end. We are, of course, not going to give up with our passion of becoming a sustainable cycling team,” the statement concluded.