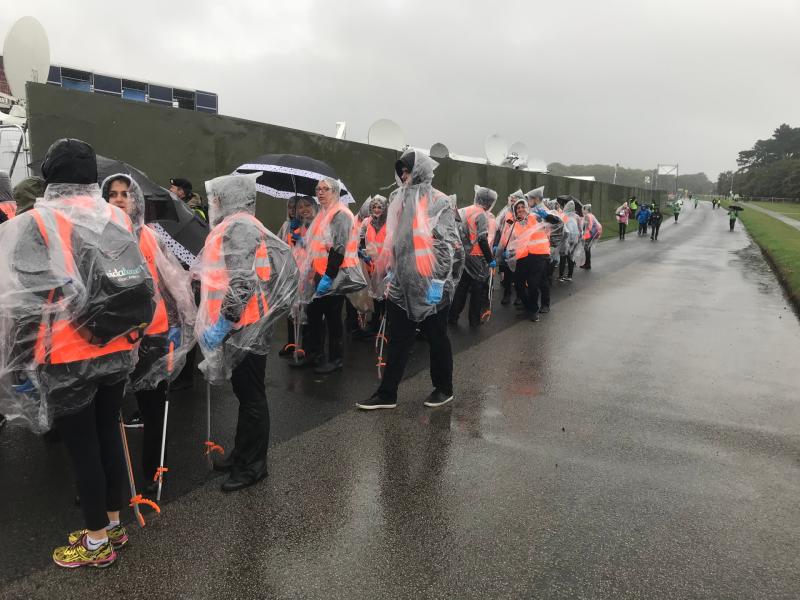 Ryans Cleaning were engaged to clean the Phoenix Park and Knock elements of Pope Francis' visit.

The Papal Visit last weekend combined with a whole programme of other events was the biggest challenge ever faced by Thurles based event cleaning company Ryans Cleaning.

Ryans Cleaning were engaged to clean the Phoenix Park and Knock elements of the visit. They did this in addition to maintaining their regular contract work at Croke Park, The Bord Gais Energy Theatre, The Gaiety Theatre, The Olympia Theatre as well as the Carl Cox Show at Ballinlough Castle, The Dualla Show and a horse-racing fixture at The Curragh Racecourse.

Ryans Cleaning have European ISO Standards of cleaning in place at all venues they service and the company is committed to the ‘Vision 20:20 Zero Waste to Landfill’ aim for all events across Ireland and the UK.

At Phoenix Park on Sunday, Ryans Cleaning handed out free family refuse bags to encourage attendees to gather and store their waste in these before depositing in one of their many nearby general waste bins throughout the day. The initiative worked extremely well and many international media representatives commented on just how efficiently the clean up was conducted in their reports of the event.

The bins have since been removed from the park to a recycling plant at Ballymount where all rubbish is being segmented over a murph in an effort to separate all mixed dry recyclables from other waste items. So far their ‘Zero Waste to Landfill’ target for the World Meeting of Families is on track as the final stages of separation are being completed.

The company’s ‘zero waste to landfill’ target is very much in line with Pope Francis’ strong stance on the power behind humans working together to have a positive impact on our environment -earlier this year he tweeted: “We must never forget that the natural environment is a collective good, the patrimony of all humanity and the responsibility of everyone.”

Pat Ryan, CEO of the family-run firm, commented:“It was a tweet by Pope Francis himself that inspired us to think outside the box and introduce the family refuse bag for this event to engage the patrons in the clean-up operation and give them the means required to put the environmental responsibility in the hands of all individuals. This certainly helped us to complete the clean to our usual superior standard even quicker than normal, restoring the park to its natural state in record time.”

In addition to this initiative, Ryans Cleaning had over 200 operatives, 30 supervisors plus a specialist back of house janitorial team on-site at Phoenix Park. “The crowds were far less than expected and that had a bearing also. It was such a pity the weather was so poor as I have no doubt that put a lot of people off travelling. The crowd was very tidy and the atmosphere was a pleasure for the team and I to work in.

“I personally oversaw all aspects of the planning around this project myself and was onsite at Croke Park on Saturday and The Phoenix Park on Sunday to ensure this major milestone for our company was achieved seamlessly, which I’m proud to report was no problem thanks to the great staff and supervisory team we have at Ryans Cleaning,” Pat added.