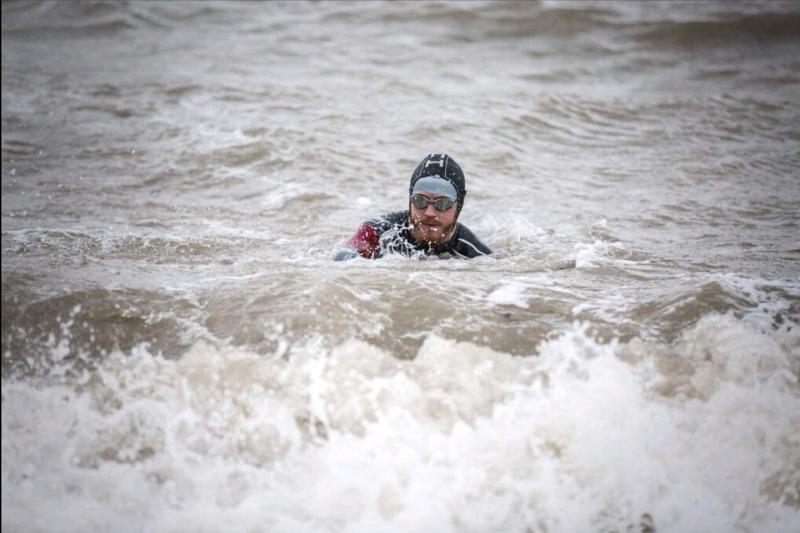 ‘Marathon Man’ Alan Corcoran has taken on the challenge of a lifetime; he is swimming the length of Ireland in memory of his late father. The Waterford native is more than a month into his brave endeavour, which started on Saturday, June 1 when he dived into the sea at the Giant’s Causeway.

Alan is taking on this challenge in memory of his late father, former FAI President Milo Corcoran, who died in 2016. Milo had a stroke in 2011 and subsequently died of cancer in 2016, leading Alan to choose to support the Irish Heart Foundation and Solas Cancer Support Centre.

It’s not the first time Alan has attempted the seemingly impossible in support of charity. In 2012 he became the first man to run around the island of Ireland – completing 35 marathons in 35 days – and in 2017 he attempted to swim the length of Ireland, however, his efforts were scuppered on that occasion by the sinking of his support boat.

Speaking before he began his 500km swim, Alan said “Losing my dad has been the toughest experience of my life. Out of the darkness I am determined to grasp any opportunity to create some positives. There was nothing I could do but try and comfort my dad in those last heart-breaking weeks in hospital. We were all helpless. The swim is my small way of feeling like I’m taking meaningful action.”

Alan will finish his swim at Tramore Beach, Co. Waterford and he is inviting swimmers to take part in a mass sea swim event at 6pm on Sunday, July 21 for the final stretch.

Participants will swim a total of 600 metres, swimming a triangular route from Tramore Beach, 300 metres to a marker where they will be joined by Alan and will then swim with him 300 metres to the finish line back on the beach. The event is not a race, rather an opportunity to raise money for the Irish Heart Foundation and Solas Cancer Support Centre, have a splash and join in the celebration of a local success story.

The entry fee is €20 euro and all profits from the event go to the Irish Heart Foundation and Solas Cancer Support Centre. For more information and to register, visit here.

Speaking today, Irish Heart Foundation CEO Tim Collins, said: “Alan’s commitment to this challenge and to making a positive difference in the name of his father is a huge inspiration to all of us in the Irish Heart Foundation. We’re very grateful to him for his support and for the awareness he is raising through his efforts. We can’t wait to see him finish his swim in Tramore and hope that the local community will come out in force to congratulate him and welcome him home.”

If you can’t attend the swim in Tramore, you can support Alan by making a donation on his website, www.marathonman.co/donate/.