The Carbally Community Development Project in County Waterford is proud to announce the launch of the 2019 Ri Rua election.

This fundraiser was originally run back in the early 1980s and at the time helped to get the community centre up and running.

This year there are four candidates hoping to lift the Ri Rua crown at the end of the campaign. Each candidate has a chosen charity to which half of the money that they raise will be donated. The other half will go towards the cost of upgrading Carbally Community Centre.

To cast your vote, you buy a line for €2 from your chosen candidate’s card. These cards will be on display in local retail outlets and local bars and hotels. Volunteers will also be selling them door to door. "We will also accept direct donations and hope to set up a GoFundMe page for each candidate. Every two euro’s donated is classed as one line. The candidate who sells the greatest number of lines shall be deemed to be the Ri Rua of Carbally, Ballymacaw and Cloghernagh," a Carbally Community Development Project spokesperson tells Waterford Live.

The candidates this year are Eleanor Halley whose chosen charity is the Hospice Movement, Shauna Fitzgerald who is supporting the Touching Hearts charity, Marina Hayes who has chosen Pieta House and Walkie Power who is donating his earnings to Solas Cancer Support Centre.

"We would like to wish all our candidates the best of luck in their endeavour to become the fourth Ri Rua of modern times.
The results of the election along with the amounts raised shall be announced at The Barony of Gaultier’s second gala dinner dance. This will be held at the Greenway Manor Hotel on February 23. Tickets for the dinner dance cost €25 and are currently available from any committee member."

Eleanor Halley comes from the Brownstown area of Ballymacaw and has declared as a candidate in the 2019 Ri Rua election. Eleanor is very well-known throughout the community due to her involvement in the organisation of local festivals and events. She works tirelessly at bringing a bit of colour and entertainment into the lives of her friends and neighbours.

Eleanor would be no stranger to wearing a crown should she get elected as she was the winner of The Harvest Queen contest some years ago. Eleanor’s election earnings will go to help the Hospice Movement, a very worthy charity.

When asked about her how her candidacy came about, she replied: “I was sitting by the phone, waiting all alone on a dark and dreary night with nothing going right when all of a sudden the phone went ring ring. Well Mamma Mia I thought, who could this be at this late hour? It was one of the committee elders asking me if I wanted to run in the Ri Rua election. I didn’t hesitate for even a moment. I immediately said yes, I Do I Do I Do I Do I Do. Abbasolutely.”

When asked about her election pledge, she said: “If elected I will do everything within my power to get the original ABBA to reform and play at the Good Old Days festival in Carbally next summer.”

Looking wistfully away into the distance, she added: “I have a dream that if I’m elected as the Ri Rua nua that I can get all the members of this act back together again. When I do, the entire Barony Of Gaultier will bow their heads and say 'Thank You For The Music'. If I’m not elected, I’m afraid I’ll have really met my Waterloo.”

So if you think that you would like to see Ballymacaw turned into Summer Night City next July, Take A Chance on Eleanor and give her your number one vote. In this contest, The Winner Takes It All.

Marina Hayes comes from the Kilmacomb area of Gaultier and is a very well-known hair stylist, both locally and internationally. She is the proprietor of the award-winning hair salon Confession Box, which is located at The Cove Centre on the Dunmore Road. She represented Ireland recently on the Sky TV show Extreme Hair Wars and came in fifth in the All-Ireland Hairdressing Championships in 2018.

Marina has named Pieta House as her charity of choice to which her proceeds from the election shall be donated.

Marina recalls when growing up how her parents, Denny and Ann, would sit around the open fire telling stories of the great Ri Rua winners of the past. “From an early age I always dreamed of been driven around the Barony Of Gaultier in a horse drawn carriage. I can remember being devastated at around age 12 when my mother told me that I could never be a Ri Rua as the crown had been lost out of an aeroplane and had sunk to the bottom of the sea. But still I dreamed," Marina said. 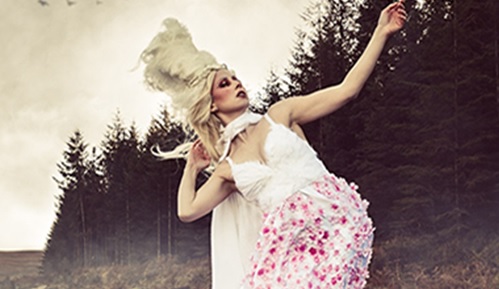 "Last year when I heard that the crown had been located and the opportunity to become a Ri Rua was on the table, I knew that I had to put everything else on hold and grab this election by the forelock. Winning this election would be a dream come true for me and would mean no more living on the fringes of greatness. This could be my greatest accolade to date.”

Marina pledges that should she win the crown this year, she will use all of her influence to bring the Curly Treats Natural Hair Festival to Carbally Community Centre in 2020. I am sure that such a festival would be very well received in Carbally. We wish Marina well in her candidacy and we hope that the election won’t be too much of a hair-raising experience for her.

Shauna Fitzgerald comes from the Brownstown area of Ballymacaw and is the current holder of The Rose Of Gaultier title. She is a very talented footballer and camogie player and has won medals at county, Munster and All-Ireland levels. She is also never shy when it comes to helping out at fundraising events, benefit nights or with local charities. She will be helping out the Touching Hearts charity by her participation in the Ri Rua election.

We caught up with Shauna and asked her how things have been for her since her Rose coronation four months ago. “I felt honoured and privileged last year when I won The Barony off Gaultier Rose Festival and I have since become very comfortable wearing my Rose tiara. But it’s a new year now and I think that it’s time for a new crown. A girl can’t be expected to wear the same piece of headgear every time she goes out.” 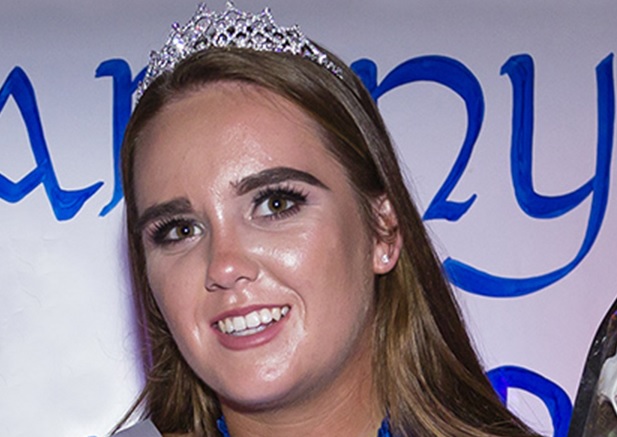 When we asked what her commitment to the electorate was, Shauna replied: “If elected it would be my intention to continuously lobby every TD and county council member in the country for funding to help with the construction of The Shauna Fitzgerald Ri Rua Dome beside the community centre in Carbally. I’m talking about a structure that would dwarf the Dome in Tralee, where we could hold the largest International Rose Festival anywhere in the world every year. A place where girls from all nations could be interviewed and crowned on an industrial scale. I also pledge not to rest a single day until Dáithí Ó Sé is living here amongst us in Ballymacaw with a microphone permanently held in his hand.”

So if you think that you would like to have Dáithí as a next door neighbour and would like the attention of the world’s press each year, you should give Shauna your number one vote.

Best of luck Shauna. Let’s hope that everything comes up rosy for you.

Walkie Power is a man who has seen it all and done almost everything in his lifetime. Locally he is a legend and there wouldn’t be a man or woman within a ten mile radius of Ballymacaw that wouldn’t know him or know of him. Those that know him well refer to him as ‘The Old Dog For The Hard Road’.

He was present on the site of the community centre on that fateful day back in 1982 when the Ri Rua crown was unearthed after its 1,200 year interment. Some people even say that he may have been there when it was originally buried. Whatever the case may be, he has been waiting for the last 35 years to get his hands on it and his head under it. He is determined not to let it slip from his grasp on this occasion.

His charity of choice for his election proceeds is Solas Cancer Support Centre.

Walkie has a number of desires that he wishes to fulfil should he win this election. “If elected it would be my intention to have the road from Portally through Carbally and Ballymacaw and on to the Tramore road pedestrianised. Road bowling has become far too dangerous these days, especially in the dark evenings. I want to turn Ballymacaw into a road bowler’s paradise and do away the worry of losing a bowl should it go through someone’s windscreen. I don’t mind an occasional horse and cart or stray donkey passing by, but the cars have to go," he said.

Walkie is also seeking the permission and the blessing of the local priest to allow marriage ceremonies take place at the community centre. “When I become the red king, I can foresee myself being involved in many marriages. If Henry VIII could have six wives, then I can see no reason why the Ri Rua couldn’t have a half dozen or more should the opportunity arise. I couldn’t think of a better place to hold a wedding reception than at the Carbally Community Centre seeing as it was the ancestral home of the Ri Rua’s of old.”

So if you think that Walkie has the bowls to be the next Ri Rua and you would like to see him getting married, six or more times, then you should give him your number one vote. Best of luck Walkie in all your engagements.