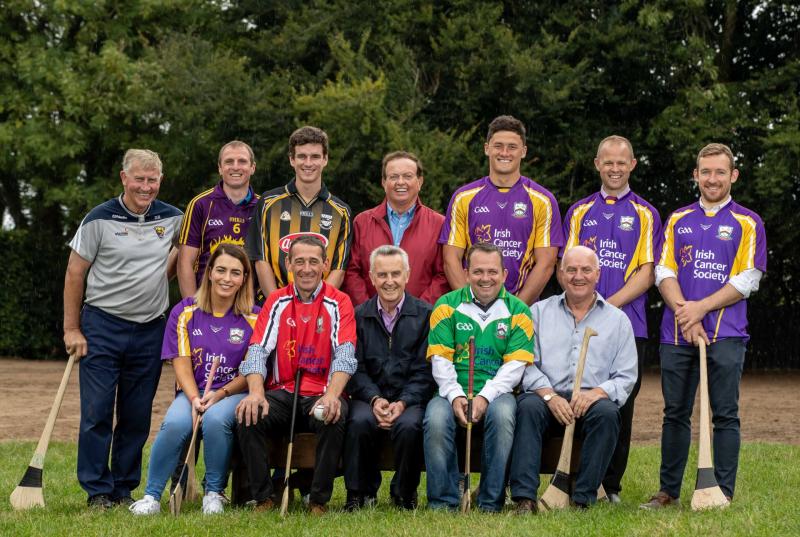 It’s Newbridge or nowhere for the seventh annual event, which sees Ireland's top jockeys, GAA stars and footballers line out in St Conleth’s Park on August 14 in aid of the Irish Cancer Society. Organised by legendary racehorse trainer Jim Bolger together with three time National Hunt jockey Davy Russell, the event has raised €700,000 to fund the Irish Cancer Society’s cancer research projects since 2012.

Jim Bolger’s stars have come out on top three times, while Davy Russell’s Best have tasted victory just once, with the other two years ending in draws.

Also lining-out for the unique clash of the ash are a slew of well-known hurlers including Richie Hogan, James Cha Fitzpatrick and TJ Reid, former soccer players Niall Quinn and Stephen Hunt, Cork All Star Anna Geary, Wexford’s Lee Chin and GAA pundits Joe Brolly and Peter Canavan. Jim Bolger’s side will be managed by Liam Griffin, while Brian Cody will be taking Russell’s side to task to secure a second win.

Other familiar faces at the unique puck around will be former Olympic gold medallist Ronnie Delaney. Umpires at the event will be  rugby stars Tadhg Furlong and Tony Ward, champion National Hunt trainer Willie Mullins and owner Rich Ricci. RTÉ broadcaster Miriam O’Callaghan and Irish Grand National winning rider Katie Walsh will be lines women on the evening, while Micheál Ó Muircheartaigh and Seán Bán Breathnach will commentate on the game.

Last year over 4,500 people flocked to Newbridge for the event, where fans got the chance to meet their sporting idols for photos and autographs. There will also be entertainment on the night from the Garda Band, tenor Anthony Kearns and multi-instrumentalist musician and accordionist extraordinaire Liam O’Connor.

“Hurling for Cancer Research is a fun night’s entertainment with a serious cause at the heart of it. Research is our most powerful tool against cancer and we are proud to play a part in helping discover new ways of detecting and treating the disease. There’s sure to be some intense rivalry as Davy and I go head to head once again on the night, and I’d like to thank all the sporting stars who will line out once again in support of Ireland’s cancer patients,” says Jim Bolger.

All of the Irish Cancer Society’s research projects are funded 100 per cent through donations. Since 2010, the society has committed €25 million to cancer research making it the leading voluntary funder of cancer research in Ireland. This investment has supported more than 150 cancer researchers to work on a diverse range of projects that will ultimately lead to better ways of diagnosing and treating cancer.

Pre-match entertainment begins at 5:30pm, with the match throwing in at 6pm. Tickets costing €10 for adults and €15 for families are currently on sale at www.cancer.ie/catalog/tickets or 1850 60 60 60. Tickets will also be on sale at the gate on the night.