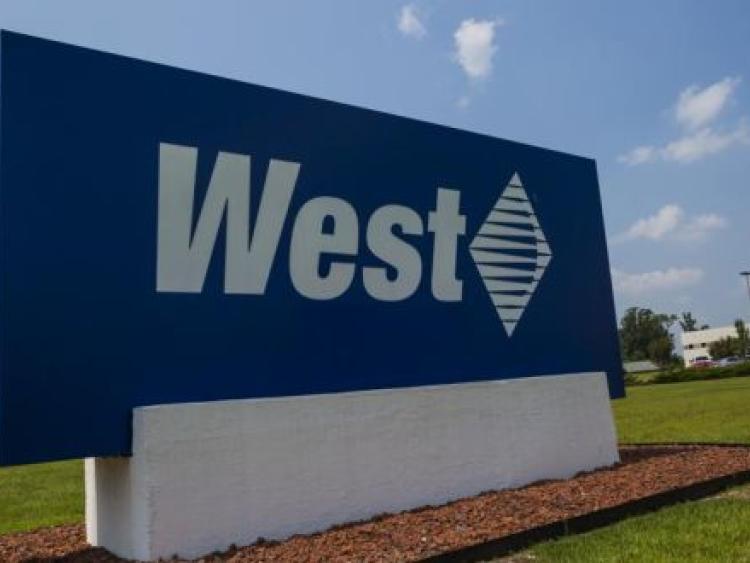 West Pharmaceutical Services, a global leader in innovative solutions for injectable drug administration, has announced the official opening of its new Waterford facility, a global centre of excellence for West’s advanced manufacturing network, and the launch of new product line Westar® Select.

Customers and senior-level Irish government officials joined West at a ribbon-cutting ceremony to celebrate the facility’s opening and to recognise West’s ongoing commitment to improving patient lives through their products and services.

“West is very pleased to celebrate the official opening of our state-of-the-art facility in Waterford, as well as the launch of Westar® Select, both of which are the culmination of efforts by many to support our company’s commitment to meeting the dynamic needs of our pharmaceutical and biotech partners,” said Eric Green, president and CEO of West.

“Our investment in Waterford, in addition to our previously announced investments in Kinston, North Carolina, United States; Jurong, Singapore; and Dublin, Ireland; enable West to provide the highest levels of quality across the products and services we provide for the global customer base we serve.”

The new 20,500 square metre facility, situated on a 44-acre campus, will produce West’s proprietary elastomeric laminate sheeting, which is used to package insulin for use in pen injectors. Additionally, it will offer high-value finishing for components, including stoppers and plungers, produced at other West facilities around the world. These services, designed to mitigate the risk of potential contamination and compatibility issues with packaging components, include pharmaceutical washing (Westar® RS components), Envision® verification, steam sterilization (Westar® RU components) and flexible packaging offerings.

Speaking at the event, Minister of State Mary Mitchell O’Connor TD said: “I am delighted to be here to celebrate the opening of West’s new Global Manufacturing Centre. The company’s work is internationally recognised for its excellence in the manufacturing of pharmaceutical packaging and medical devices. This investment reinforces Ireland’s strong track record of attracting companies in the medical devices sector. The Irish Government will continue to prioritise Government support for sectors with real growth potential through our Action Plan for Jobs and encourage investment in regional locations such as Waterford.” Also speaking at the event, Minister of State for Training, Skills, Innovation, Research and Development John Halligan TD said: “I am delighted to attend the official opening of West’s state-of-the-art facility in Waterford. This new, cutting edge manufacturing site will be a tremendous asset to our Pharma and MedTech industries and will deepen the great partnership between the company and Ireland. This investment is particularly welcome as it supports the Government’s commitment to increase FDI investment throughout all the regions.”

West’s Waterford facility currently employs approximately 100 people in both local and global functions, with plans for additional hiring. Commercial production in Waterford is expected this year. West also has a manufacturing and development centre in Dublin that provides design, development and manufacturing services for pharmaceutical and medical technology customers. The Dublin site recently completed an expansion to accommodate new customer programmes and employs approximately 600 people.

Mary Buckley, executive director at IDA Ireland, said: “I welcome this investment by West Pharmaceutical Services, which will significantly bolster the life sciences cluster in the South East. Manufacturing excellence in biopharmaceuticals is a hallmark of Ireland's success in the sector and is one of the primary reasons as to why Ireland is home to 10 of the top 10 global pharmaceutical companies. This new, high value manufacturing centre not only highlights West’s commitment to Ireland, it also showcases how competitive Ireland is for global enterprise and investment. I wish the company every success and look forward to welcoming future growth announcements.”

West is also a long-time supporter of the local community in which it operates. As part of the opening ceremony, West presented two local non-profit organisations with corporate donations, as well as local, employee-raised contributions that were collected as part of the company’s grassroots employee giving programme. One of the organisations was Pieta House, who provide a free therapeutic approach to people who are in suicidal distress and those who engage in self-harm. The other organisation, Waterford Food Bank, was set up by a group of concerned individuals to bring about positive change for every member of every community in Waterford by eradicating food poverty.