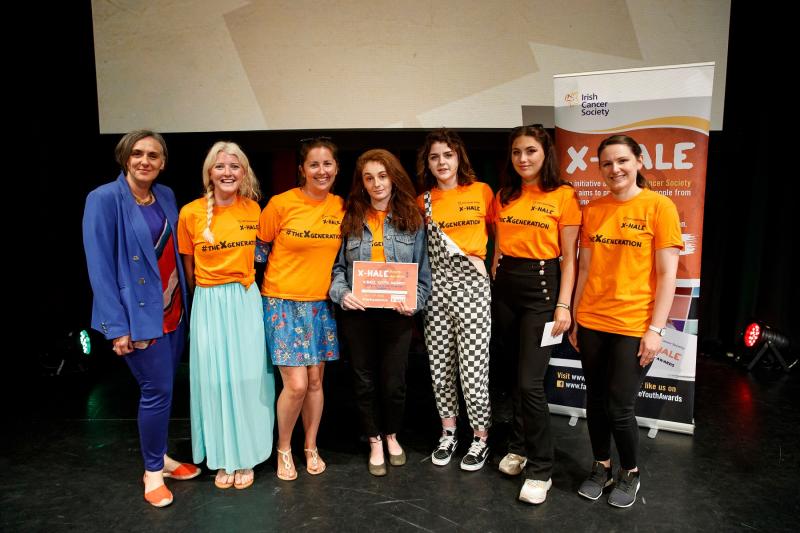 The group scooped the award for its short film 'Waiting to Breathe', which was showcased at the recent event in the Helix in Dublin.

Foróige Ferrybank Drug Prevention Project picked up the prize for Best Impact of Tobacco Message for its short film 'CEE4our Killing Me'. Fellow Waterford group DAY GYDP from Dungarvan also entered a short film to the competition. They won the award for Best Social Media Post of the Day for their post by 'Spokeslady Niamh'.

Over 350 young people from 45 youth and community groups came together to showcase their anti-tobacco films and projects, which they created to contribute towards establishing Ireland’s first smoke-free generation.

While smoking rates have declined in recent years, a new report published by the HSE and Healthy Ireland revealed that 16% of children aged nine or older have smoked cigarettes in their lifetime and 6% are classified as current smokers. Of those who smoke, one in two experience irritability or bad temper, one in three reported ‘feeling low’ and one in three reported difficulties in getting to sleep. In addition, schoolchildren who smoke are 12 times more likely to have consumed alcohol in the last month and 39 times more likely to have consumed cannabis in the last month.

Donal Buggy, head of services at the Irish Cancer Society, said: “Thankfully, smoking rates have declined but there’s still a lot more work to do. These findings are extremely worrying. We know that smoking is the biggest preventable cause of cancer in Ireland, responsible for one in three cancers overall and nine in ten lung cancers. But this report shows the additional negative impact that smoking can have on the mental and physical well-being of young people in particular.

“We need to look at what Waterford Youth Training and Education Centre, Foróige Ferrybank Drug Prevention Project, DAY GYDP and the rest of the #TheXGeneration are saying. The entries submitted show that young people truly understand the dangers of smoking and the power of the tobacco industry. These people have a vital role to play on the journey to Ireland becoming a tobacco-free country.

"I would like to congratulate Waterford Youth Training and Education Centre, Foróige Ferrybank Drug Prevention Project and DAY GYDP on winning their awards and for making a positive impact on their health and that of their peers. They have been recognised at this awards ceremony for exceptional effort.”

This is the eighth year of the X-HALE programme, a youth smoking prevention initiative of the Irish Cancer Society. The programme aims to de-normalise smoking and encourage young people to drive the movement towards a tobacco free generation.