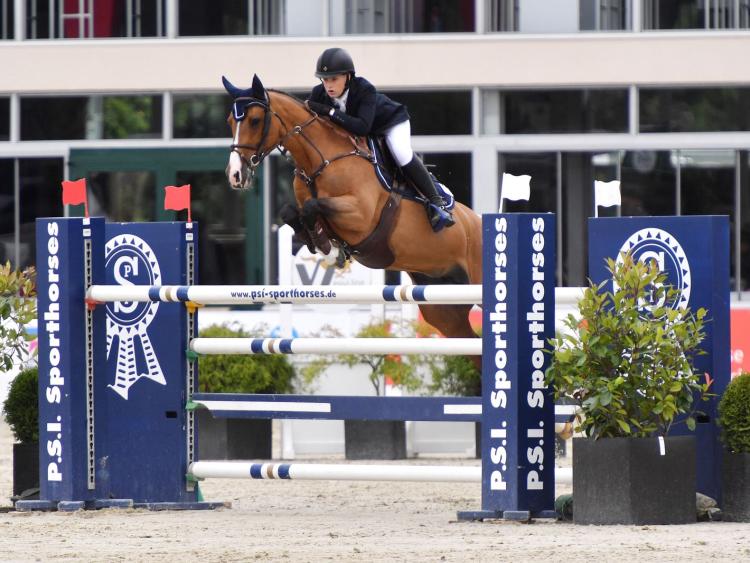 Waterford's Katie Power with Ghost Rider has been named in the GAIN Irish Pony (U16) Show Jumping squad for the FEI Pony European Championships at Bishop Burton College in England. Pictured is her teammate Max Wachman from Tipperary.

A Waterford rider has been named in the GAIN Irish Pony (U16) Show Jumping squad for the FEI Pony European Championships at Bishop Burton College in England from August 9-12.

Irish Pony Show Jumping team manager Gary Marshall is ‘very excited’ with the team, admitting that it was a ‘tough selection decision given the high caliber of youth athletes’ to choose from. “It is a very young team but they have consistently proven themselves in Europe to date. I would like to take this opportunity to thank the parents and owners for participating in the High Performance Programme and we are hoping to bring back European medals from Bishop Burton.”

Ireland are the reigning champions having won team and individual gold at the 2017 European Pony Show Jumping Championships, which were held at Kaposvár in Hungary last July.

Have you got news for Waterford Live? Contact news@waterfordlive.ie.