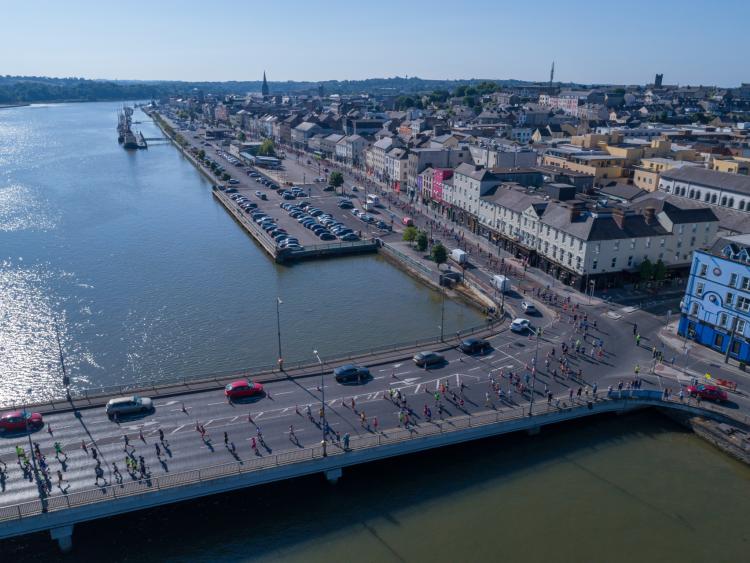 Waterford played host to its seventh annual WLR Waterford Viking Marathon on Saturday (June 30), but not without its drama after a decision was made the previous day to cancel the full marathon event.

Runners left the Mall in the heart of Waterford’s Viking Triangle at 9am after a tremendous warm up, which included the annual Viking Clap, with the temperature already climbing steadily upwards.

The heat of the morning meant every drop of water on the course was appreciated by the runners. Just after 9:40am, local Ferrybank AC runner Andrew Connick showed no ill effects as he crossed the line first man home in 38:56. Andrew had paced himself alongside later half marathon winner Freddie Stukk of Raheny Shamrocks. Hot on his heels was David Mansfield of Clonmel AC and An Garda Siochana and Noel Murphy of Waterford AC.

In the women’s event, the spoils again went to Ferrybank AC, with Louise Morgan finishing first in 48:37, followed by Julianne Woodcock and clubmate Orna Murray.

The huge crowd of spectators didn’t have long to wait  to witness the class of Raheny Shamrocks’ Freddie Stukk. Freddie flew around the half marathon course in 1:11.31, ahead of last year’s winner Trevor Power of Waterford AC. Running only a couple of years, Waterford AC’s Ruth Fitzgerald was first of the ladies home in the half marathon in 1:23.51. Again Raheny Shamrocks featured on the podium with Tara Kennedy 2nd, some distance ahead of Grace Kennedy of Donore Harries.

The heat impacted all runners’ times, from elite to beginner, but not the sense of celebration and fun at the finish line as each one finished and was greeted with a sponge shower courtesy of the 250 volunteers helping at the event.

In light of a peak temperature of 26 degrees, there could be no argument that pulling the full marathon was the safest choice for both runners and volunteers.

A memorable event created not only by the heroics of the participants but by a sense of Waterford taking the 2018 Waterford Viking Marathon to its heart.