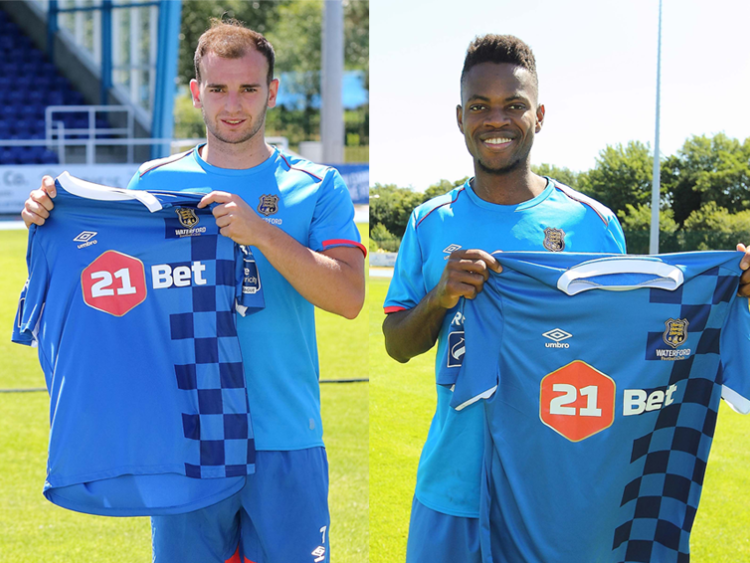 Dessie Hutchinson and Noe Baba have signed for Waterford FC.

Waterford FC have announced the signings of Dessie Hutchinson and Noe Baba.

Hutchinson is a former Republic of Ireland underage international and made his Brighton first-team debut against fellow Premier League side Bournemouth in the League Cup. The 21-year-old defensive midfielder, who went on to share the under 23 captaincy during their 2016/17 season, is ‘delighted’ to join his hometown club.

Defender Baba shone for Castlebar Celtic and the Republic of Ireland underage sides before earning a move in 2013 to Fulham.

The 21-year-old moved to Birmingham City before spending last season with Macclesfield Town as they won promotion to the Football League. Cameroon-born Noe has captained the Republic of Ireland under 17s and has featured for Ireland up to under 21 level.