10 Waterford events not to be missed 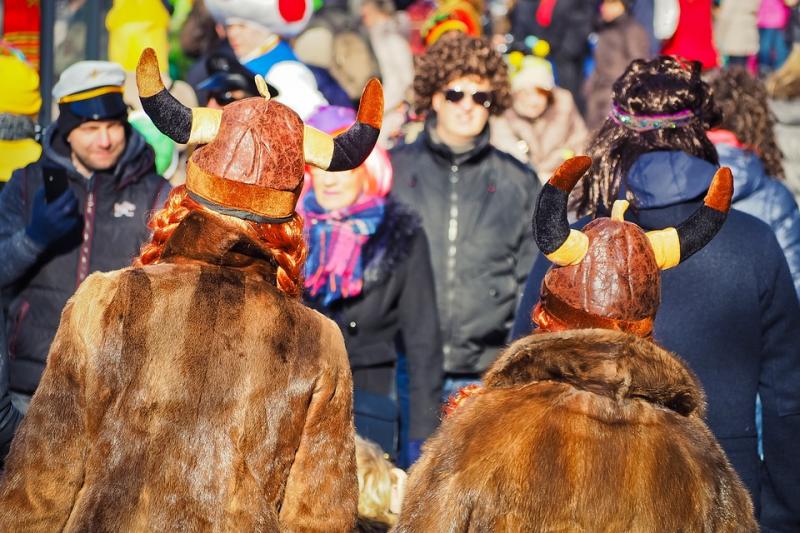 Waterford city and county has become a cultural hub for tourists from across the world.

Waterford’s history and tradition provides merely a backdrop to the appeal of the county, with a growing events calendar drawing thousands every year.

From fine dining to street festivals, Waterford’s menu caters for all. The city’s nightlife is the talk of the town, with a host of bars and clubs attracting everyone from A-graders to A-listers.

Waterford Live has compiled a list of 10 events not to missed in the Déise.

The Spraoi International Street Arts Festival runs over the August bank holiday weekend in Waterford city, with the 2018 event taking place from August 3-5. The electric atmosphere, beaming with banter, song and dance draws tens of thousands of locals and tourists from afar to the city’s streets. Spraoi started as a one day event in 1993, before growing into a summer weekend masterclass of madness adored by all.

It’s all systems go to the Waterford Viking Marathon on Saturday, June 30, with the popular run striding from strength to strength since it started seven years ago. The three events - full, half and quarter marathons - start in Waterford city centre, taking in the stunning Waterford Greenway, Mount Congreve and finishing at a family fun event at the WIT Arena.

Hundreds of volunteers line the route every year, providing over 30,000 bottles of water for participants who travel from across the world for the marathon. Register for this year's "biggest and best" Waterford Viking Marathon here.

The city’s nightlife has been on point These Days, and there is no place you would Rather Be than at Daytripper from August 24 -26. Hopefully the Sun Comes Up for the popular music event, which will bring summer to a close. West Waterford Festival of Food is renowned for sumptuous food and fun for all the family. Community spirit is core to running the event over a weekend in April, with around 700 volunteers ensuring that producers, restaurateurs and hospitality providers tickle the taste buds of foodies from across the country.

The festival has been bringing fresh flavours to Dungarvan and West Waterford since 2008, with children’s programmes, trails, bus tours, cooking demonstrations and markets on the menu.

Dunmore East Festival of Food, Fish and Fun is a delightful starter on the County Waterford events menu. A farmers market, family boat trips, sand sculpting, craft fairs, bikes rides and much more will draw crowds to the fishing village, which has grown in stature since the RTÉ One and BBC One series Redwater was filmed in the area.

Waterford Harvest Festival has become a favourite on the culinary calendar and caters for all taste buds. The Waterford city wide festival celebrates the county’s food heritage and culture, offering a platform for locals to showcase their produce to crowds every September. Cookery demonstrations, markets, tastings and workshops bring food-fuelled feel good vibes to the city. Waterford Harvest Festival celebrates its 10th birthday this year, running from September 7-9. Dunmore East Bluegrass Festival is synonymous for bringing chilled vibes to the region. A fusion of Americana, bluegrass, country and rockabilly music sets the scene for a weekend of great craic.

This year’s festival runs from August 23-26, with groups expected to set up tent for the weekend and enjoy 38 gigs. 14 acts from across Ireland, the United States, the United Kingdom and mainland Europe will perform at this summer’s festival, which will be headlined by Amanda Anne Platt and The Honeycutters.

Filmmaker Stephen Byrne started the Waterford Film Festival in 2007, bringing innovation to the Déise’s arts and cultural scene. The festival, which promotes local and national filmmakers and writers, has screened over 500 films from around the world, in addition to promoting writers with a short screenplay competition. The festival draws an international audience, with preparations underway for the 12th annual event which runs from November 30 to December 2.

Waterford Winterval brings the magic of Christmas to the South East. Waterford city is transformed annually into a winter wonderland for the month of December, full of Christmas carols, markets and stocking fillers for all the family. Many Winterval events are free, with locals and tourists alike getting those sleigh bells ringing before cracking open the selection boxes in front of the open fire. Winterval is one of Waterford's most popular events.

Waterford Live wants to know what other events we should mark in the diary. Have your say by commenting on Facebook, Tweet @WTD or email WTD@iconicnews.ie.