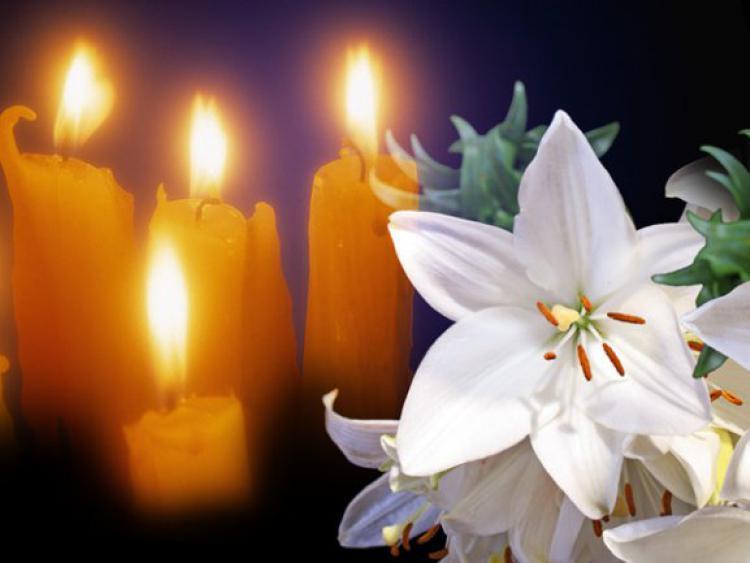 Requiem Mass on Tuesday at 11am with interment afterwards in St. Mary's Cemetery, Ballygunner.

Funeral Service on Tuesday July 31st at 2pm followed by burial in the adjoing Cemetery.

Reposing at Thompson's Funeral Home, Barrack Street, Waterford on Wednesday (August 1st) from 7.30pm until 8.30pm with prayers at 8.00pm. Requiem Mass on Thursday (August 2nd) at 11.30 in Ballyduff Church followed by burial in the adjoining Cemetery. Family flowers only please, donations in lieu, to Waterford Hospice Buy a Brick.

Reposing at St. Catherine’s Provincial House, on Tuesday (31st July) from 4 p.m., prior to prayers at 7.30 p.m. Funeral Mass on Wednesday (1st August) at 10.30 a.m. in St. Catherine’s followed by burial in Deansgrange Cemetery.