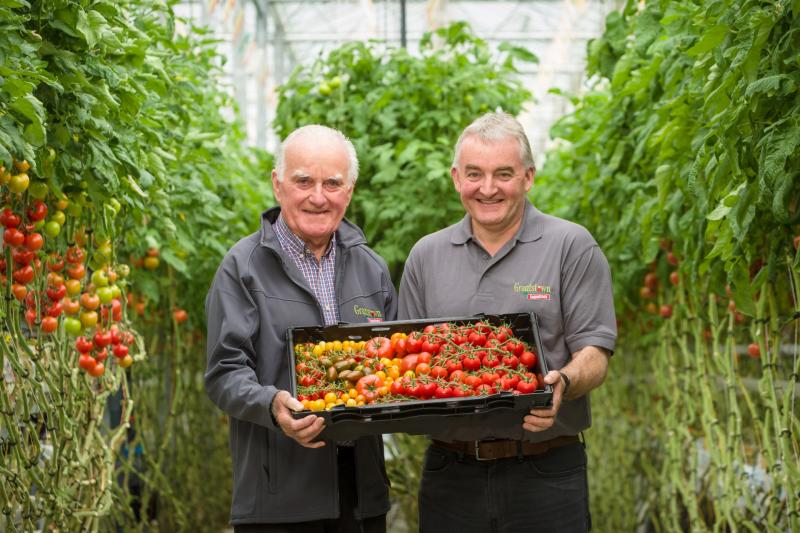 WATERFORD’S Grantstown Tomatoes are known - up and down the country - for their amazing taste and superior quality.

Since 1978, the Currid family have been growing these amazing potatoes in Ballygunner, on the outskirts of Waterford city.

"My late father, Pat, was in the tomato business since the 60s and Grantstown Tomatoes started when he moved to Waterford in 1978. We started out growing tomatoes and a mixture of other vegetable crops,” David Currid says.

David got his degree in horticulture and took over the reigns of the family business, concentrating solely on their most popular produce - the tomato. In 2005, Grantstown embarked on a significant capital investment programme to upgrade their nursery to a superb two and a half acre site, complete with modern glasshouses growing eight different types of tomatoes.

“We have six full-time staff working with us at present, but that rises to about 15 in the summertime. The harvesting season starts in early April and it’s all hands on deck then until the start of November,” David continues.

Grantstown are a true Waterford success story in that their product is now being sold through the retail market nationwide, including stores such as Dunnes, SuperValu, Tesco and at Ardkeen Stores in Waterford, which were their first customers all the way back in 1978.

“We have a very close relationship with the Jephsons in Ardkeen. They are great supporters of local food producers and have given us a great sounding board for trying out new varieties and getting some vital feedback on our new tomatoes”.

Putting the tough question to David, we asked him what he thinks makes Grantstown Tomatoes so special. “Well, people have said to us over the years that it’s all about the taste, which brings them back to the tomatoes they used to eat as children. We put that down to the fact that we harvest all our own rain water, so we’re using untreated water to feed the crops. We don’t use any harmful insecticides on the crop, so the tomatoes are grown in a very clean and environmentally friendly way”.

David is motivated to keep supplying a top quality product to his many loyal customers both locally and nationally. “We’re also motivated by the changing taste of the customers, which is definitely getting more sophisticated by the day. 30 years ago there was one tomato on the menu. Now you have your choice of ten different types”.

David says Ireland produces an “extraordinarily high standard” of food. “Food production, on any scale, is a very tough environment to start out in. You have to comply with all the rules and regulations and then hope to get into some of the big retailers. It’s very difficult and all of our local food producers who are truly doing food ‘the Waterford way’ deserve every praise they get”.

Grantstown Tomatoes spent a lot of money last year on a state-of-the-art packhouse, where the product is stored and packaged. “We’re a bit constrained with the amount of land that we have at the moment so there isn’t much room for expansion, but never say never,” David adds.